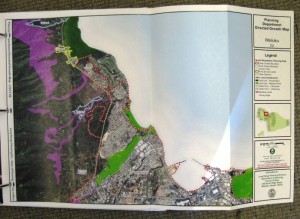 This map of the Wailuku area is one of 18 area maps included in the plan. The dotted lines show different kinds of land use and growth boundaries. Click to enlarge. Susan Halas photo.

Six years in the works, the key portions of the Maui Island Plan are now being reviewed for adoption.

The proposed legislation is being heard by the General Plan Committee of the Maui County Council. The group is chaired by Upcountry member Gladys Baisa. All nine council members sit on this committee.

If adopted, the Maui Island Plan would be a first for Maui County in several ways. The county has long had individual community plans, but this is the first time it has created an uber-plan, designed to show goals, desires and growth limitations for the entire island through the year 2030.

This is also the first plan to show hard and fast “growth boundaries” indicated on the maps by dotted lines of various colors. Inside the lines, building can occur, outside the lines is off limits – at least without a plan amendment.

The initial legislation calling for the creation of a Maui Island Plan was passed by the council in 2006 (2.80B). In 2010 the council passed the policy portion of the Island Plan (Ord. 3732).

The council’s goal is to pass the illustrated part of the plan out of committee and have it voted on by the whole membership before the end of this year. This part of the plan has a great deal of visual detail and many maps.

The maps and the text which accompany them are controversial because of the wealth and complexity of the details.

Some support adopting the whole plan as created. They believe that it represents the true wishes of the island of Maui, and has had massive review and extensive community input. They favor adopting it as a whole. They say it is not uncommon for a plan like this to be long and detailed.

Others acknowledge that the process has been very comprehensive and yielded a great deal of important information. However, they say it is far too complicated and unwieldy for a “general” plan.

They favor streamlining it and making it less specific. Some also think that the maps should properly go in the updated community plans – which are the next phase of the process – and not the general plan.

Planning Director Will Spence recently commented that the Maui Island Plan as written has “too much detail” and would be difficult and confusing to enforce. Others say it would add another layer of regulation to Maui’s already complicated land use and zoning process.

The council has the final say. Their tentative deadline is October 2012, though that date may be extended. They want to complete the review and vote on  it before the end of the year

Their task is made more difficult because there are several versions of the plan; they are all long. These are: the General Plan Advisory Committee (GPAC) version, the Planning Commission version and Planning Department version. The current Director of Planning has also added comments. All of these documents are hefty and they do not agree in every particular.

The version of the Island Plan they are using as a starting point is one issued by the Planning Commission. It contains over 400 pages. The Directed Growth chapter alone is 66 pages. It has 18 specific area maps for all regions of the island. Each map has a variety of color-coded lines showing projected boundaries for different kinds of uses in each of the areas. There are a total of 12 different land use categories proposed.

The most controversial portions of the plan are in Chapter 8, which covers Directed Growth and contain the maps showing growth limitations. This chapter alone runs 66 pages. This chapter is now under review. The committee agenda will show the specific parts to be considered in each meeting. Chapter 7  outlines projected use for Agricultural Lands. It contains the details on the three different levels of agricultural use envisioned. The committee has already reviewed this chapter.

Following Chapter 8 the committee expects to go through the entire document a chapter at a time.

The county maintains a web site devoted to the Maui Island Plan. Be warned that these files are large and may take a long time to download.

These maps are the 2010 version as submitted to the Council by the Planning Department. While these maps show a great deal of detail, they do not show all the differences with the other versions that were created by the GPAC and Planning Commission.

There is also Facebook group devoted to discussion of the Maui Island Plan. This site urges citizens to find out what is being considered and stay involved with the process.

The non-profit environmental group Maui Tomorrow also has a number of links on its home page that may be helpful those who would like to become more familiar with the Maui Island Plan and how it will affect the island. http://maui-tomorrow.org/ 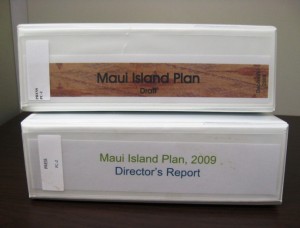 These two binders available at Office of Council Services are a good place to find specific details in hard copy. Note they are dated 2009. Susan Halas photo.

Actual hard copy binders of what is under consideration may be viewed at the Office of Council Services on the 7th floor of the County Building on request. 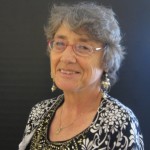 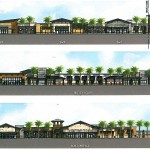