Ritz-Carlton Kapalua on the Auction Block

The Ritz-Carlton Kapalua is scheduled to be auctioned off later this year, as part of a collection of assets to be sold by investment bank firm of Lehman Bros.

The Honolulu Star-Bulletin reported today that the 404-room luxury resort will be sold to satisfy creditors of the larger multi-billion dollar bankruptcy of Lehman Bros. The resort could go on the auction block as early as May this year.

Maui Land and Pineapple Inc. originally sold the hotel in 1997 to the partnership of Gencom and Highgate Holdings and an investment fund affiliated with Goldman Sachs, but still retained a small percentage of interest.

Lehman Bros. had issued loans to finance the renovation and condominium conversion plan, but the downturn in the economy caused the owners to default in early 2009. According to the foreclosure lawsuit, this caused them to put the resort up for auction.

It is suggested in the news report that Lehman Bros. could end up the new owners if no one will pay more than they are owned on the loans. 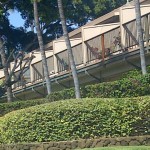