BRIEF: Your County with Mayor Arakawa, May 2 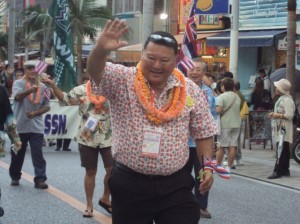 The Mayor’s one-hour TV show entitled, “Your County with Mayor Arakawa,” will air line on Akaku Channel 53, at 7 p.m. on Wednesday, May 2.

The show will focus on capital improvement projects proposed in the Administration’s 2012-13 budget.