Hawaii hopes to generate 70% of its energy from renewable sources by 2030. Courtesy photo.

The idea of energy independence for Hawaii is nothing new.

For decades, planners and futurists have talked of the state’s potential for solar, wind, photovoltaic, geothermal, algae and bio-fuels to name a few.

Hawaii is littered with the bones of energy projects that didn’t make it. You don’t have to look very far to find ethanol plants rusting in the cane fields and algae farms that failed.

What seems different this time around is that the state has actually set the goal of obtaining 70% of its energy needs from renewable sources by 2030.

Maui Now got interested in new energy trends that might have an economic pay off for the Valley Isle when we covered the Maui Electric Vehicle Alliance meeting at UH Maui College in April.

As a follow-up, look for a series of articles coming soon. Our coverage includes:

Sharon Suzuki, the new president of Maui Electric Co., heads the utility in a time of transition. Courtesy photo.

Sharon Suzuki assumed the post of president of Maui Electric Company on May 1st.

Maui Now sits down with her to find out what the future holds for Maui’s leading utility. We wonder how its grid will handle the distribution of power generated from an ever greater variety of sources.

Ric Volner is the general manager of HC&S, a firm with a long history in energy and big plans for the future. Susan Halas photo.

HC&S is Maui’s biggest landowner with over 36,000 crop acres. The 140 year old company was the first on Maui to enter the energy business. Today it provides between 5% and 8% of Maui’s power needs.

Company general manager Rick Volner and his colleague Lee Jakeway fill us in on their plans to expand the company’s role in energy production and bio-fuels.

Not long ago, Brad Reeves and his partner bought 20 acres in Kihei from Fuji Chemical.

Since then he’s worked on building a 500 kilowatt solar array on a portion of that land and expects it to be operational soon. His plans call for selling the power generated to MECO, but so far it hasn’t been easy to close the deal and it’s costing him money to stand in the line.

We Welcome Your Story Suggestions

Got a good idea for a Maui energy story? We welcome your suggestions. Be sure to describe the person or project you think deserves coverage and include a contact name and phone number.

Email the editor (Click For E-Mail Address) and put the word ENERGY in the subject line. 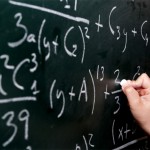