Women of The Butterfly Effect 2012 at Baldwin Beach Park. Photo by Giora Koren.

What better way to spend a summery Saturday on Maui than at the beach surrounded by swarms of women, all of whom are high on adrenaline, in bikinis, and constantly smiling?

The all-day event began at 8 a.m. at Paia Bay Coffee, where ladies registered for the non-competitive downwinder and took advantage of $1 coffees until 9 a.m.

Registration was followed by a quick Baldwin Beach Park community cleanup and a paddle warm-up session with local pro-paddler Talia Gangini at 10 a.m.

Women of all ages gathered around a large, butterfly-shaped floral display to do yoga stretches, meditate, bond with fellow paddlers, and watch Tatiana Howard ceremoniously release a handful of Monarch butterflies. Just before paddlers took to the water’s edge to start the anticipated downwinder, a helicopter swooped down on the beach to dump piles of fresh bougainvillea flowers on the amped-up crowd.

At 11 a.m., spectators had a sight to behold as women gathered their gear and headed to sea for the 3-mile paddle that would bring them to Kanaha Beach Park for refreshments and talking story throughout the afternoon.

Though the Baldwin-Kanaha downwinder was the highlight of the event, The Butterfly Effect celebration didn’t end there. Thee Salon hosted a The Butterfly Effect variety fashion show at 6 p.m. with silk dancing, fire hula hooping, live music, and a catwalk from models dressed in pieces by local designers.

One thing to understand about women, especially athletes – when they commit to something, they usually mean it. The Butterfly Effect women and friends were so devoted to having fun that they dragged their very tired, high-heel-constricted feet to Charley’s at 9 p.m after the fashion show to keep the party going with DJ Jay P. and DJ Boomshot on the dance floor. 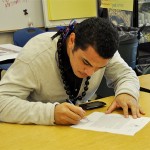