Nine students from Maui were honored with Yale Book Awards for 2012 by Maui Yale College alumni.

The awards are part of a nationwide program coordinated through local Yale alumni.

The honors were issued to the students for “outstanding personal character and intellectual promise,” and were presented to students at the end of their Junior Year.

“We’re pleased to honor these terrific young men and women and their schools,” said Yale Club of Maui coordinator Steve Goldstein ’61. “They make all of us confident and optimistic about the future of our community, state and nation,” said Goldstein.

“The Book Award doesn’t just recognize these exceptional scholars for what they have accomplished already,” said Yale Club of Hawaii President James Brown ‘81, “but hopefully inspires these students and their classmates and friends to continue to aim for greater things.” 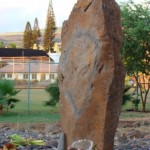 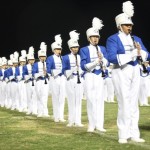