Oliveira holds a PhD and MA in Geography and BA degrees in Hawaiian Language and Hawaiian Studies, all from UH Mānoa. Her hometown is Kahakuloa; Oliveira now lives in Waiohuli, Kula.

Oliveira’s book, Naming Maui: Mai Kekahi Kapa a Kekahi Kapa Aku, will address the importance of place and street names on the island of Maui to Hawaiian history, including the impact of the Hawaiian monarchy era and colonization on naming practices. Oliveira is mentored by Dr. Noenoe K. Silva, Department of Political Science, UH Mānoa.

“My life goal is to increase the number of Hawaiian language speakers,” Oliveira said. “I am hopeful that my work on Hawaiian street names will appeal to the general public as a means of increasing awareness of the meanings of Hawaiian words, and increase understanding of and interest in Hawaiian history.”

Now in its fifth year, the Mellon-Hawaiʻi Doctoral and Postdoctoral Fellowship Program offers financial support to emerging intellectual leaders from Hawai‘i who are committed to the advancement of knowledge about the Hawaiian natural and cultural environment, Hawaiian history, politics, and society.

The Andrew W. Mellon Foundation and The Kohala Center, with the support of Kamehameha Schools, established the fellowship program in 2008. The Kahiau Foundation joined the effort in 2010 and returns to support the program for the 2012-2013 academic year. 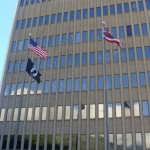 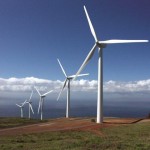