A fire at a two-bedroom home on Molokai last night, caused an estimated $125,000 in damage.

Fire officials say Engine 4 and Tanker 4 were dispatched to the scene at 10:23 p.m., and arrived to find the home full of smoke.

Authorities say fire investigators from Maui are being sent to investigate the cause.   No injuries were reported, and no assistance was required from the Red Cross.

Other units assisting with the firefighting efforts included the Maui Fire Department’s Engine 9 and Engine 12. 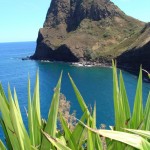 Mariners in Distress at Kahakuloa Assisted to Shore