Officials at Maui Electric Company say an island wide power outage on Molokai was caused by a pole top fire at the Pala’au Substation.

MECO spokesperson Kau’i Awai Dickson said the fire appears to have started from a contaminated insulator.

“Over time, insulators that hold the electric line to the pole can become soiled by salt spray and dust. When light rain falls on a contaminated insulator, the rain water creates a path from one end of the insulator to the other, causing an arc that can result in a fire,” said Awai-Dickson.

The incident was first reported at 10 p.m. on Sunday, October 7, 2012, when the company’s three primary electric generators on Molokai tripped offline, resulting in the outage.

According to Awai-Dickson, the fire caused a fault on the electrical lines that resulted in a sudden drop in frequency which set in motion an automatic generation load shed.  A load shed, she explained, is a safety mechanism that protects the electrical system during severe disruptions by turning off power to some or all customers.

MECO Molokai crews worked throughout the night to replace the pole and conduct repairs.  Power restoration began shortly after 5 a.m., and all Molokai customers were back on-line by 6:30 a.m. on Monday, October 8, 2012.

Awai-Dickson said the company extends an apology to its Molokai customers and thanked them for their patience and understanding as crews worked to restore power during the overnight incident. 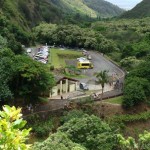 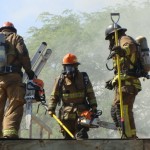