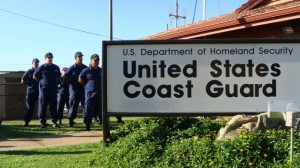 A Coast Guard helicopter was forced to land after a laser pointer interfered with the flight late Tuesday.

Coast Guard officials say the MH-65 Dolphin helicopter was about two miles offshore of O’ahu when the incident occurred, compromising the ability of the flight mechanic and rescue swimmer aboard the craft.

“Whether this was a malicious or just irresponsible act, it is critical that the public be aware of the seriousness of lasing an aircraft,” said Capt. Timothy Gilbride, commanding officer of Coast Guard Air Station Barbers Point.

“Not only does it risk the lives of the aircrew, it can delay rescue missions or disable crews, risking the lives of distressed mariners,” said Gilbride.

Coast Guard officials say laser pointers can cause glare, after-image, flash blindness or temporary loss of night vision, all causing a great danger to the crew.

If any aircrew member’s vision is compromised during a flight, Coast Guard flight rules dictate that the aircraft must abort its mission.

Additionally, aircrew members are taken off flight duty for a minimum of 24 hours, and must have their eyes dilated and be cleared by a doctor before flying again.

It is a federal crime, as well as violation of most states’ law to aim a laser pointer at an aircraft. Individuals witnessing this crime are encouraged to call 911 to report the incident. 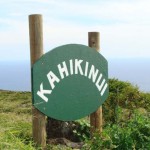 Autopsy Planned on Body of Man Found in Kahikinui 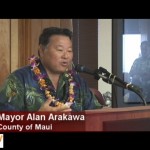