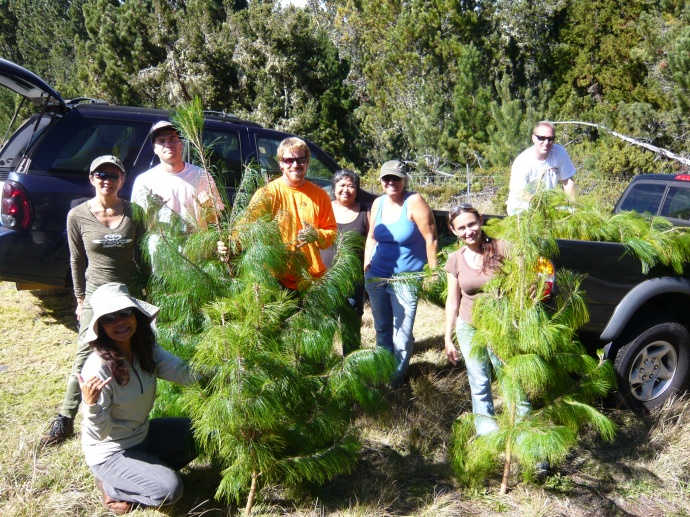 Volunteers from Monsanto on Maui conducted a service trip in December that helped to remove an estimated 2,500 non-native pines from a six-acre area of threatened shrubland at the Waikamoi Preserve.

The project was done in support of The Nature Conservancy of Hawai`i in an effort to preserve the natural heritage of the island. Many of the removed trees were potted and given to family and friends as a living gift during the holidays.

According to The Nature Conservancy, if left unchecked, the fragile ecosystem at Waikamoi would have been overtaken by the non-native pines. The invasive species, officials say, pose a threat to the preserve’s rare dry mamane sub-alpine shrubland, found only on East Maui and the Big Island.

The location is also considered a strategic location to stop ingress of the established pine plantation from invading a portion of Haleakalā National Park.

“Working together, we made a difference in preserving our island’s native ecosystem by covering the ridge between the two deep forks of Waikamoi gulch well. That site won’t likely need visiting again for at least five years,” said Pat Bily, invasive plant specialist for The Nature Conservancy Maui Program.

This was the second community service project that Monsanto employees and their families have volunteered for in coordination with The Nature Conservancy. In February 2012, volunteers contributed $1,000 in grant funds, and spent more than 80 hours removing invasive plant species to help restore over an acre of dense native rainforest.

Waikamoi Preserve on Maui is a sanctuary located in the high-elevation rainforest and alpine shrubland zones. The preserve is home to a dozen different native bird species, and unique plants that include the Haleakalā silversword. 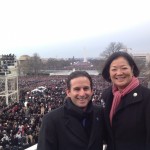