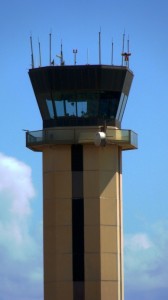 Following a record-breaking year for Hawaii’s visitor industry, Honolulu, Kahului and Lihu’e airports have won US ANNIE Airport Awards for traffic growth and success in establishing new routes and increasing air sets in 2012.

“The recognition of three of Hawaii’s airports by the US ANNIE Airport Awards is a tremendous honor for the state, and a testament to the collaborative work by the airline and visitor industries contributing to the significant growth in airlift to the state,” said Ford Fuchigami, DOT deputy director of the airports division in a written statement.

The awards are presented by the Airline Network News & Analysis, an online publicationfor the airline industry. The awards were based on statistics to determine which US airports achieved the greatest increase in scheduled seat capacity and notable route and traffic related success. 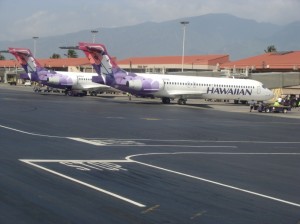 The Hawaii Tourism Authority (HTA), the state’s tourism agency, reported that it will continue to make direct air access and the availability of air seats to the state a top priority in 2013 as well. The HTA projects that 2013 total scheduled seat capacity is expected to climb 6.8% over last year, bringing the estimated total seats to 10.75 million, which would surpass the record high to the state.

Double-digit growth is expected out of the US East, Japan, Other Asia (South Korea, China and Taiwan) and Oceania (Australia and New Zealand) regions. Contributing to the growth will be additional new routes from the US and Asia-Pacific regions to the Hawaiian Islands from Boise, Spokane, San Diego, Taiwan, New Zealand and Tokyo-Narita commencing in the first half of the year.

“Hawai‘i lost 1.5 million air seats within two years following the closure of Aloha and ATA airlines and the economic down turn. Through our efforts and collaboration with our industry partners, it has taken us more than three years to gain back more than two million air seats to our state,” said Mike McCartney, president and CEO of the HTA.

International growth has been tremendous for Hawai‘i and is projecting a gain of 14.1% of international air seats to the state in 2013.

With Taiwan’s recent entrance to the US Visa Waiver Program and the new routes we’ve established throughout the Asia Pacific region, the HTA is anticipating growth in market share across the globe. The Asia and East Coast routes will allow Hawaii to reach new markets such as Southeast Asia and Latin America, and continue to expand in Europe.

The HTA has set targets of reaching $14.88 billion in visitor expenditures and 8.16 million visitors for 2013, which would surpass the records set in 2012. 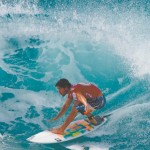