Four individuals were transported to Maui Memorial Medical Center via ambulance after the car they were in went off the side of the road and landed 15 feet below the Hana Highway.

When fire crews from Engine-7 out of Hana arrived on scene along with Medics and Maui Police, they found four female visitors with non-life-threatening injuries.

Maui Fire Services Chief Lee Mainaga said all made it out of the vehicle, and were transported via American Medical Response to the hospital.

Information on the ages of the visitors and where they were from was not immediately available. 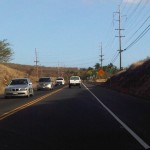 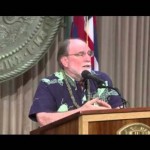