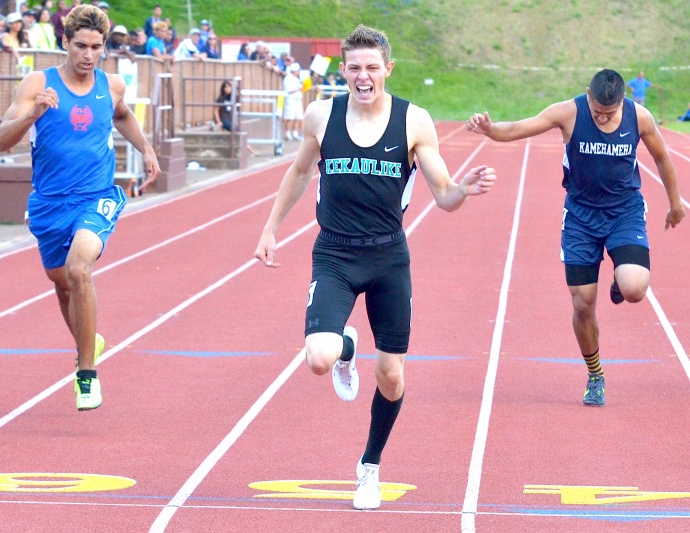 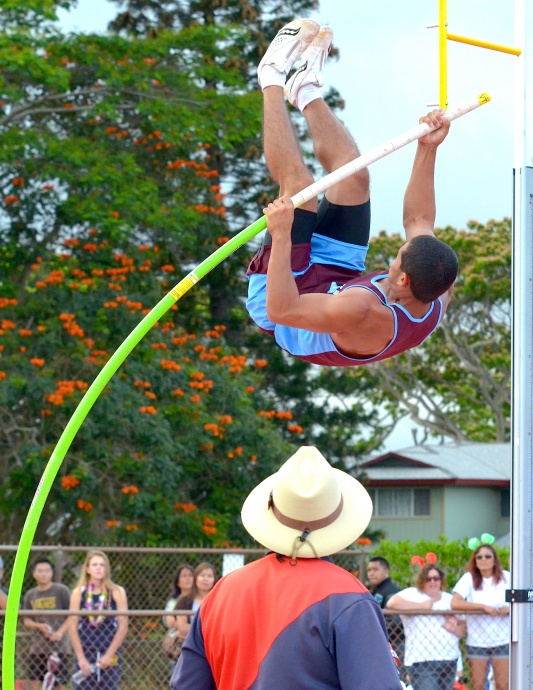 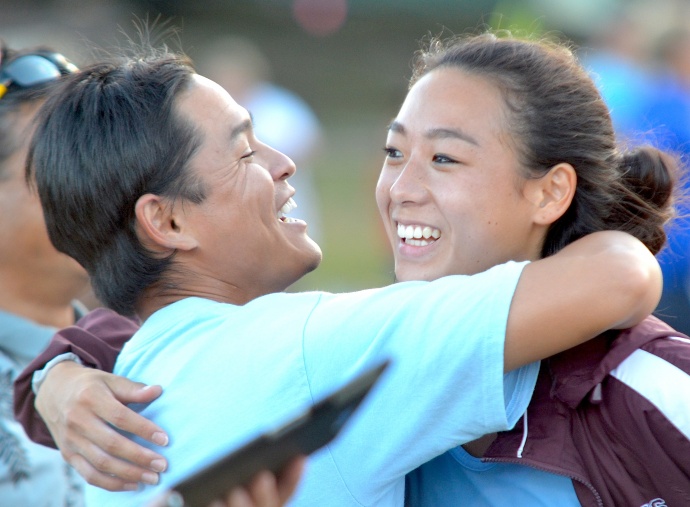 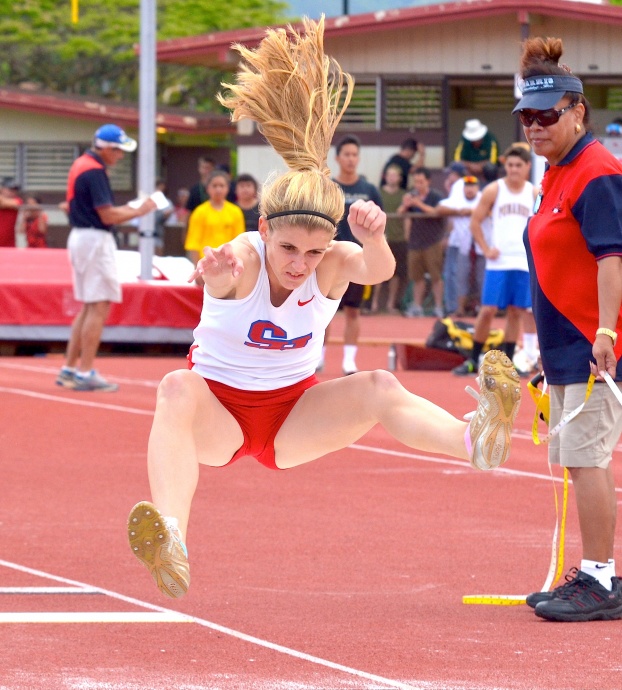 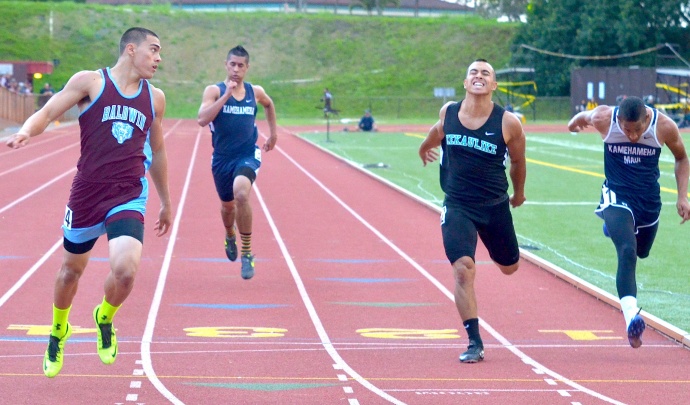 Baldwin’s Keelan Ewaliko wins the 200 and looks to his left for King Kekaulike’s Jay Braun and Kamehameha Maui’s Jamal Jones. Ewaliko was timed in 22.16 seconds. Braun was second in 22.54 and Jones finished fifth in 22.60. 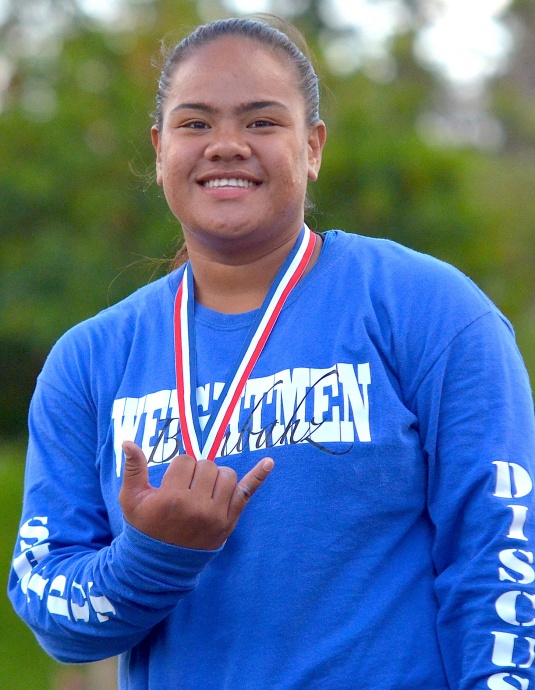 Maui High’s Christina Lotulelei won the girls discus (139-02) and finished second in the shot put (40-11.5) with personal bests in both events. Photo by Rodney S. Yap. 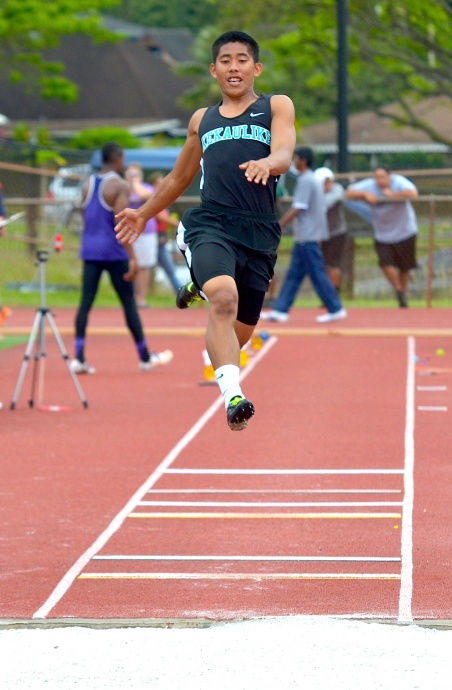 Jansen Agapay of King Kekaulike won the boys long jump in 22 feet, 11.25 inches, and he finished fourth in the triple jump in 44-01. Photo by Rodney S. Yap. 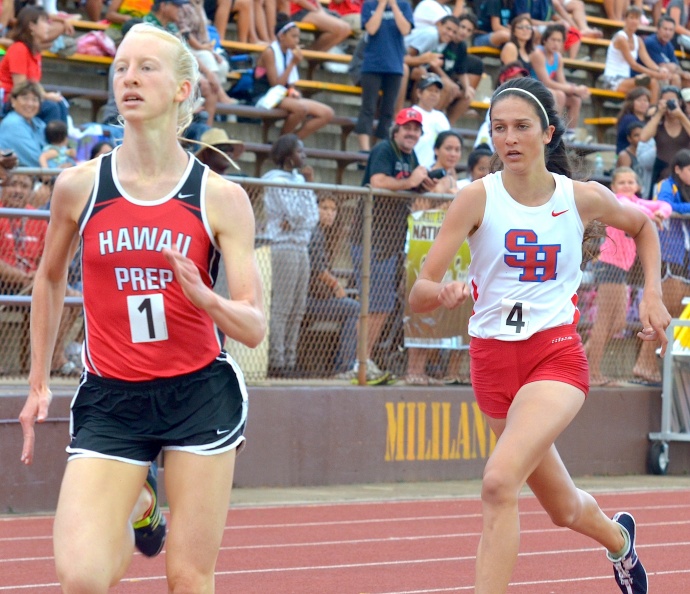 Hawaii Preparatory Academy’s Zoe Sims pulls away from Seabury Hall’s Dakota Grossman down the final stretch of their 3,000-meter run Saturday at Mililani High School. Both runners broke the meet record of 4:38.83 set in 1999 by Punahou’s Victoria Chang. Sims was awarded the gold medal in 4:36.22 and Grossman the silver in 4:37.23. Photo by Rodney S. Yap. 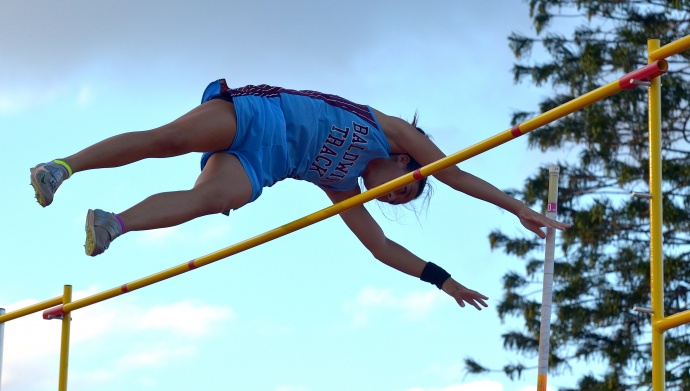 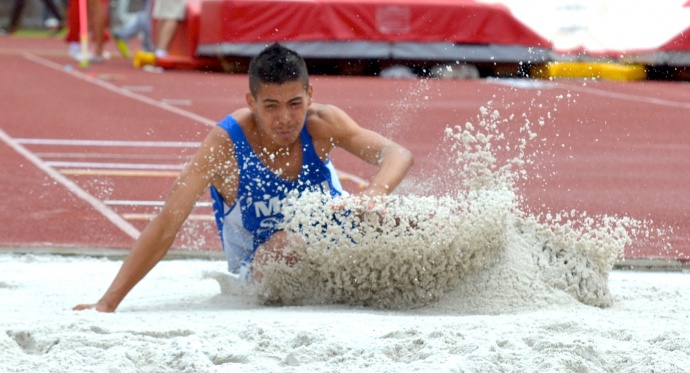 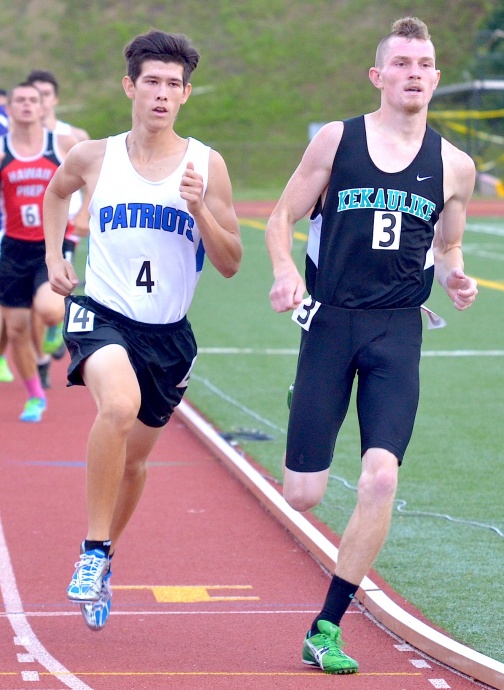 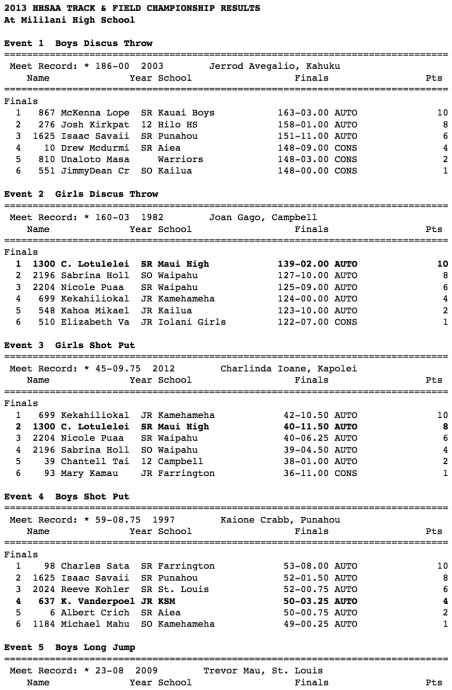 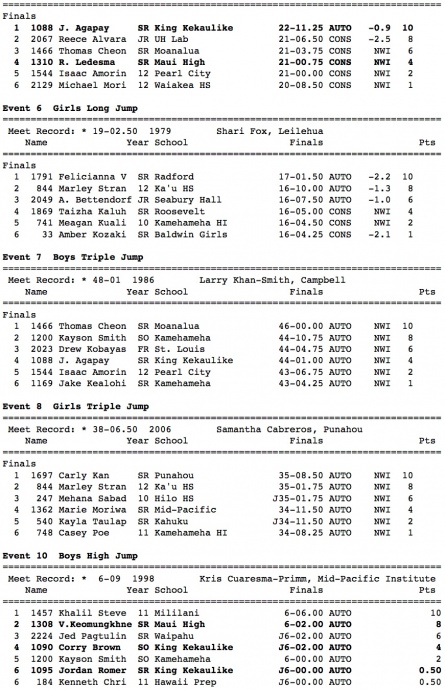 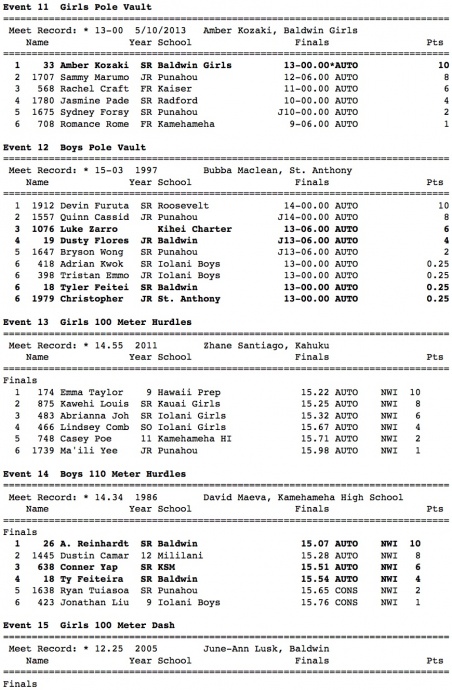 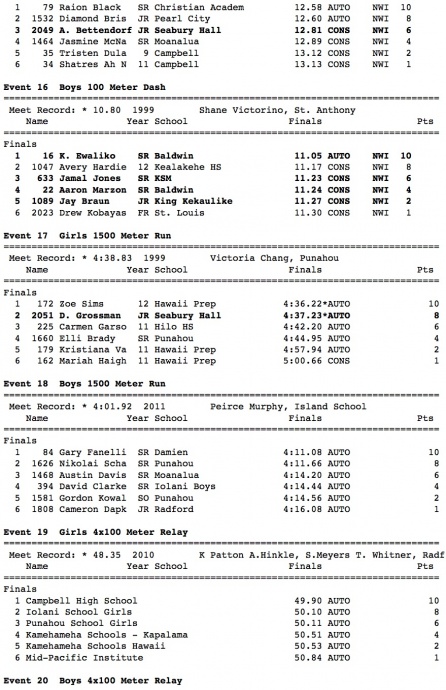 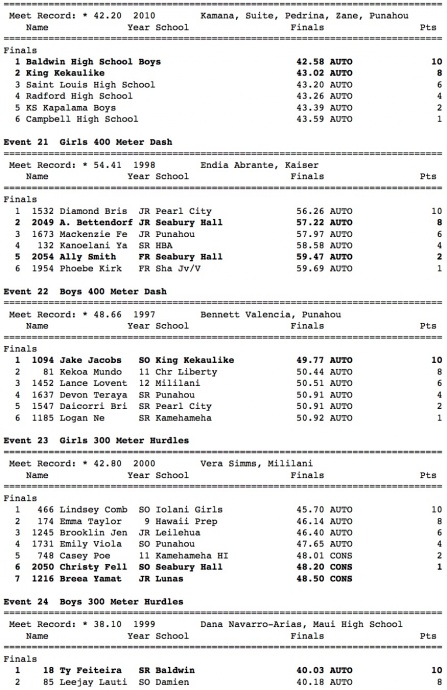 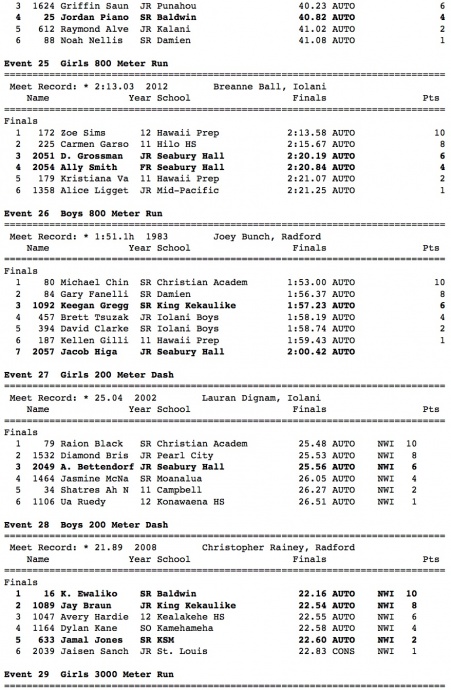 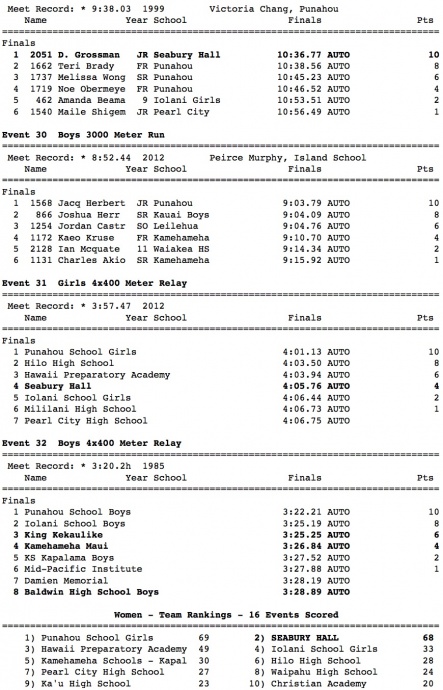 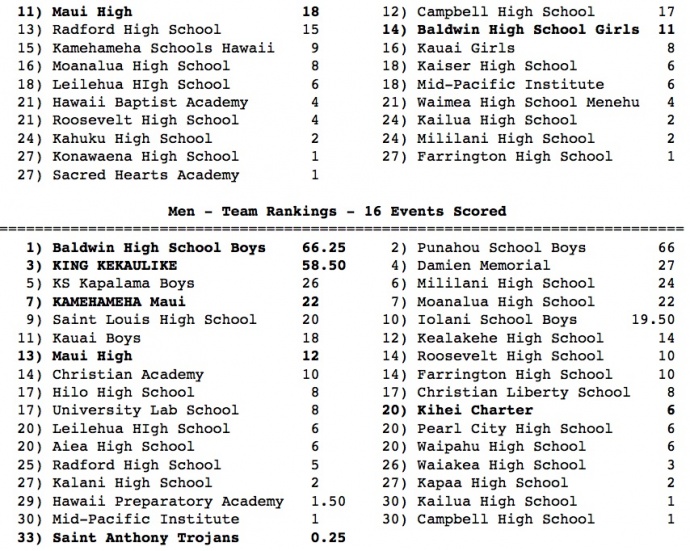 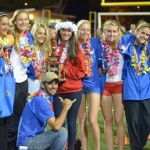 Seabury Hall 'Leaves It All on the Track' at State Meet 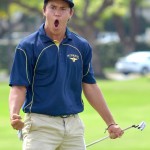