Small South Swells; Cheap Costco Board to the Rescue 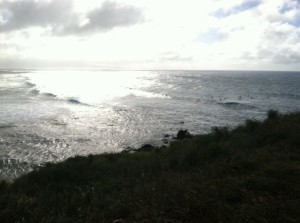 Small swells persist around the island as summer drags on without any significant wave activity.

There was a small 3 to 7-foot out-of-season northwest swell that came and went but never really built up to anything special. It produced at least some ride-able waves at Ho’okipa Beach Park as the lineups got crowded with the news of a rare north swell happening in late June.

The word got out about it, and since we haven’t had any south swells, people flocked to Ho’okipa to surf the 2-foot waves.

As a surfer, you are always hopeful and optimistic that something – anything – will pop up on the charts or the forecast that resembles something in the 6-foot range or higher.

And something has shown up.

There is a small 3 to 7-foot south/southwest swell expected to build Friday (6/27). Hopefully the outer islands won’t block too much of the energy from this swell and only produce waves in the 2 to 3-foot range. 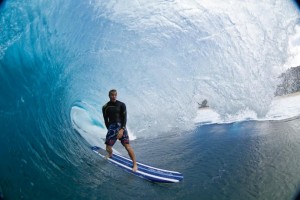 And just in time for the weekend crowds.

There are some select spots that are more exposed to the open ocean energy and don’t suffer too much from blockage, but that knowledge comes from years of experience.

When the waves are small like this, the obvious thing to do in order to surf is to longboard or SUP. But, if you don’t have the funds to go buy a new longboard or SUP, the Costco foam boards are readily available for a little over $100 (for the time being at Maui’s Costco) and are heaps of fun in the 1-foot waves.

The Costco board is an 8-foot soft top foam board called a “Wavestorm” and it works pretty good. 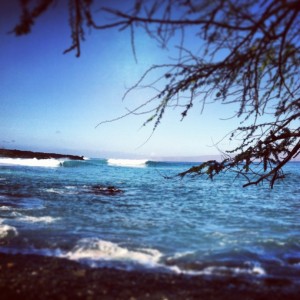 We found that many Maui surfers are exchanging it for a new one with the receipt if it ever breaks or malfunctions for any reason (despite what the return policy might otherwise indicate).

Not a bad deal, if that continues. And with recent footage of pro surfer Jamie O’Brien maxing out Pipeline on one of these bad boys, that’s enough of a sales pitch right there.

But, it might be a better idea to stick to the 2-footers on these boards as opposed to the 10-foot pipe seen in the photo (shown here).

As for new swells out on the horizon, hopefully this swell provides some much needed water therapy for those of you who have been out for a while. 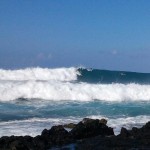 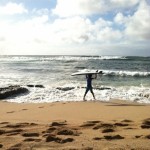