Forecasters are tracking two systems in the Pacific.

Tropical Depression Gil, which is closer to the Hawaiian Islands, has weakened and was about 1,125 miles ESE of Hilo, Hawaii, according to an 11 a.m. forecast.

Forecasters from the National Weather Service say the system has sustained winds of 30 mph, and was moving WSW at 8 mph.

Another system, Tropical Storm Henriette has strengthened and was located about 1785 miles E SE of Hilo or 14-hundred miles off the southern tip of Baja California, according to the Central Pacific Hurricane Center.

That system reportedly had sustained winds of 60 mph and was moving west at 6 mph.

NHC forecasters say the system could become a hurricane by tomorrow. 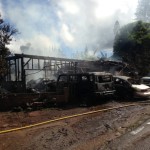 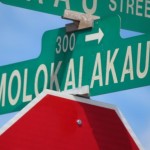