Straight South Swell to Light up Lahaina to La Perouse 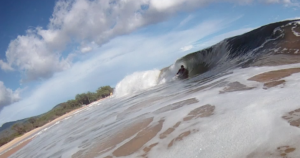 There is a nice straight south swell on its way to the islands, adding to an already memorable summer season.

Decent 3 to 7-foot waves should light up the south side from Lahaina to La Perouse.

A straight south swell tends to hit surf spots better than a southwest because of island blocking. All of the usual spots will see some action but there is always the concern of the tide.

Maui’s south side is very tide sensitive meaning that a extreme tide swing can turn great waves into the exact opposite. So timing is crucial.

The mornings and evenings will be exceptional as the they usually are, but with light trades, Tuesday and Wednesday should see excellent conditions. 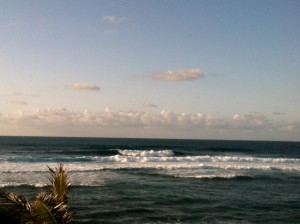 It’s already August and there are still more swells on the horizon.

The kids have gone back to school, clearing out the grom attack out in the lineups, so the best time to go is obviously when the kids are in school.

There also appears to be a rare out of season W/NW swell set to hit Wednesday as well, but it is only expected to be 1 to 3-feet so it is nothing much to get excited about.

It’s not like a 8 to 15-foot northwester like in the winter, which will be here before you know it.

August and September are known to produce great late season south swells so there is still hope for another big south swell like the one in 2010 and the last huge one in 2005. 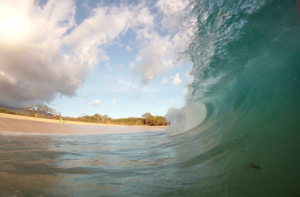 Many fine moments just like this at Big Beach this summer. Photo: Carlos Rock.

The ’05 swell was the last time Freight Trains at Ma’alaea Harbor reached 8 feet and was arguably the best Freights has been in recent history.

But it doesn’t need to get huge to be really exciting. Solid 4-footers rifling down the reef make for one of the greatest barrel rides in the world.

For all of you that follow professional surfing, the ASP World Tour event the Billabong Pro Tahiti is getting ready to start on Aug. 15 as all of the pros attempt to slay one of the gnarliest waves in the world, Teahupoo. 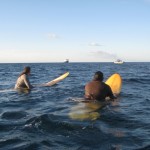 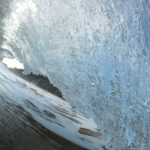 Pristine Surf Conditions After the Storm