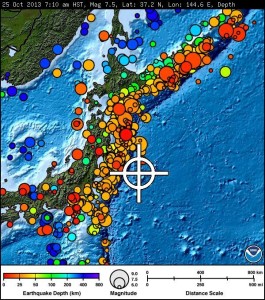 Authorities say there is no tsunami threat to Hawaiʻi following a 7.5 preliminary magnitude (later downgraded to 7.1) earthquake reported off the east coast of Honshu, Japan at 7:10 a.m. HST on Friday, Oct. 25, 2013.

The quake was later downgraded to a 7.1 magnitude, according to information updated by the US Geological Survey.

The Pacific Tsunami Warning Center issued a notification saying that based on all available data, a destructive Pacific-wide tsunami is not expected, and there is no tsunami threat to Hawaiʻi. 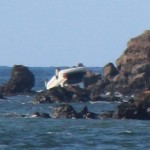