The Senate voted today 20 to 4 to pass a bill on third and final reading to legalize same-sex marriage in Hawaiʻi.

The measure will now be transmitted to the House for review.

All three Maui Senators voted in favor of the measure.

During testimony today Maui Senator Gil Keith-Agaran said, “In three weeks, I will be celebrating my eighth anniversary.  My friends who know me, obviously (know) my marriage is a work in progress; and I don’t claim to be an expert in marriage.”

“But,” he said, “I believe I have enough faith and sober humility to understand that the success or failures in my marriage depend more on the work and love I pour into that committed relationship, than whether or not we as a government, whether we as a legislature, and whether we as a community exclude or welcome other Hawaiʻi citizens from entering into marriage.  I vote aye,” said Senator Keith-Agaran.

Fellow Senator Roz Baker of Maui also voted in support of the measure, pointing towards her childhood in the Deep South.  “For the entire 12 years of my elementary, middle school, and high school years, I did not go to school with one black child, although there were plenty of black children in my town.”

“I’ve seen up close and personal the ugly face of discrimination, and with every minority group, you simply don’t put their right on the ballot for a popular vote, because like the decision to get rid of so called separate but equal doctrine, if we put that on the ballot, would you think that those black schools would have gone out of existence in the state of Texas?”

“We wouldn’t have had any of the advancements in equal rights if they had been put up to a popular vote,” said Baker.  “Minorities don’t ever get their rights that way.  That to me is one of the fundamental reasons that we need to continue to move Senate Bill 1 forward.  It is about equality of rights under the law,” said Baker.

“I firmly believe that equal rights delayed are equal rights denied.  Perhaps the urgency was brought on by the Supreme Court Action on the defense of marriage; but even if it hadn’t come from that, I still think this is an action we should have taken, and it’s appropriate to do it now,” said Baker.

Maui Senator J. Kalani English also testified in support of the measure saying, “I’d like to enter into the record today, the editorial that was in the Honolulu Star-Advertiser this morning by Hinaleimoana Wong Kalu entitled Hawaiian Values Differ from Western Traditions.”

Among those who vote against the measure were: Senator Sam Slom (R); Mike Gabbard (D); Donna Mercado Kim (D); and Ronald Kouchi (D) of Kauaʻi.  One member, Glenn Wakai, was excused.

“At last count, 14 states in fact have legalized some sort of same-sex marriage, which leaves—in my public school math—36 states that have not.”

“This bill is an attack on religious freedom and the First Amendment,” said Sen. Slom.  “Make no mistake about it.  The so-called protections in this bill, as written now, will not protect religious organizations and their facilities.  This bill gives additional legal causes of action, and people will use them.  They will continue to sue,” said Sen. Slom.

Senator Clayton Hee, Chair of the Senate Committee on Judiciary and Labor defended the bill saying, “Language has been included that preserves the sincerely held religious beliefs of religious organizations.”

He said the Senate’s measure takes into account the concerns expressed by both the religious community and same-sex advocates and recognizes freedom of religion by:

“We all saw the thousands of people who showed up on Monday to lend their voices on both sides of the issue, but we unfortunately didn’t give the same opportunity to people on the Neighbor Islands,” said Sen. Gabbard who was among those who voted against the measure.  “What about that farmer in Kaunakakai who couldn’t afford the airfare to come to Oahu to testify,” he said.

“I know some people have said we have talked this issue to death and we’ve already heard all of the arguments.  That may very well be, but the real issue here is—have we really done all that we can to give the opportunity for people’s voices to be heard.  Afterall, isn’t that what the democratic process is all about,” he said.

“This is even more reason that we should heed the advice of the people who are urging us to let the people decide by putting this back on the ballot in 2014 as a constitutional amendment,” said Gabbard.  “The fact is there are many valid concerns that opponents of this bill have, and it’s a mistake to ram this through without taking the time to really address them,” he said.

“What I heard during our marathon hearing on Monday was that people are very worried about protection of religious freedom and how also this will impact our children’s education,” said Gabbard.

“Although I acknowledge the assurances of the Senators from Kailua and Waipahu about opt-out provisions in DOE policy, for our tax-payer funded public schools, people should not have to worry about their kids being taught that homosexual relations are normal and natural if that isn’t what they believe.”

The final vote came after a initial vote on Monday night by the Senate Committee on Judiciary and Labor.  The initial passage advanced the bill with five voting in favor including: Senators Hee, Shimabukuro, Galuteria, Ihara, Solomon; and two voting no including Gabbard and Slom.

The House Judiciary and Finance committees have already scheduled a hearing on the measure set to begin at 10 a.m. on Thursday, Oct. 31. and end at midnight. At that time if there are people who signed up to testify still waiting to speak, the hearing will be continued on Friday, November 1 at a time to be determined, officials said. 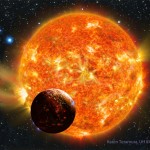