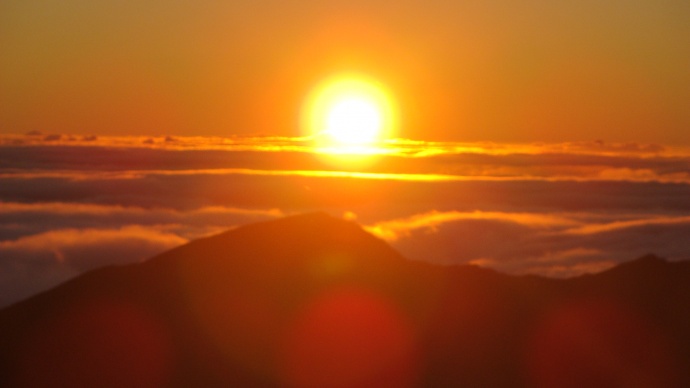 Haleakalā National Park on Maui attracted 1,094,668 visitors in 2012, generating $64.4 million in spending, and supporting 736 jobs, according to information compiled in a new economic report released by the National Park Service.

“National park tourism is a significant driver in the national economy – returning $10 for every $1 invested in the National Park Service – and it’s a big factor in our local economy as well,” said Superintendent Natalie Gates in a press release.  “We appreciate the partnership and support of our neighbors and are glad to be able to give back by helping to sustain local communities.”

The report further notes that visitor spending at Haleakalā contributed to a $76.5 million output; added $49.7 million in value to the Gross Domestic Product; and resulted in labor income totaling $29.3 million.

According to the report, 39% of visitor spending supports jobs in restaurants, grocery, and convenience stores; 27% supports hotels, motels, and Bed & Breakfasts; and 20% supports other amusement and recreational businesses.

Although the complete 2013 report is still being compiled, parks officials were able to released national estimates and impacts of the October 2013 government shutdown on national park gateway economies.

The 16-day shutdown between October 1 and 16, 2013 resulted in 7.88 million fewer visitors to national parks across the county, and resulted in an estimated loss of $414 million in visitor spending, according to park officials.

Haleakalā National Park on Maui experienced a 78% decline in visitors in October 2013, compared to the three year average of visitors in October for 2010-2012, according to data from the report.  That translates to 69,179 less visitors for the month, and a loss of $4.1 million.

During the shutdown, park officials had projected a $6,800 loss per day in entrance fees alone.

US Representative Colleen Hanabusa, who serves as a member of the House Committee on the Natural Resources commented on the state findings saying, “Hawaiʻi’s national parks, such as Haleakalā and Hawaiʻi Volcanoes, attract visitors from all over the world to our islands.”

“This new report reaffirms the important role these special sites play in supporting our local economy and creating jobs for our residents,” she said in a press release statement.  “Our national parks help us share Hawaiʻi’s history, culture, and natural beauty, and I will continue to support NS to ensure these national treasures are protected,” she said.

Below is a breakdown of economic impacts across the seven facilities in Hawaiʻi that are run by the National Park Service.

Contribution of all Visitor Spending

Labor Income: which includes employee wages and salaries, including the income of sole proprietors and payroll benefits.

Value Added: equal to the difference between the amount an industry sells a product for and the production cost of the product.

Output:  defined as the sum of all intermediate sales (business to business) and final demand (sales to consumers and exports).

Nationwide, nearly 283 million visitors went to national parks in 2012, generating $26.75 billion in economic activity and supporting 243,000 jobs, to the report released by Secretary of the Interior Sally Jewell and National Park Service Director Jonathan B. Jarvis. 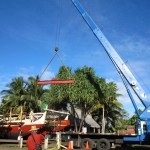 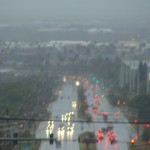