Two people are confirmed dead in an ultralight crash reported this morning in Waiakamoʻo Valley on the island of Kauaʻi, their county officials said.

Police responded to a report of a fire in the area at around 7:50 a.m. on Tuesday, March 11, within Waiakamoʻo Valley in Polihale, below Kōkeʻe.

An initial investigation revealed that the fire was a result of the ultralight crash, authorities said.

The identity of the victims are not yet known, according to a county press release.

Firefighters from the Waimea fire station are on scene with additional personnel responding to the area.

Police are also assisting the Kauaʻi Fire Department in securing the scene while officials investigate the cause of the
crash.

An ultralight craft is described as a lightweight seat fixed-wing aircraft with one or two seats. 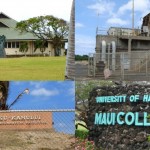 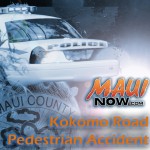