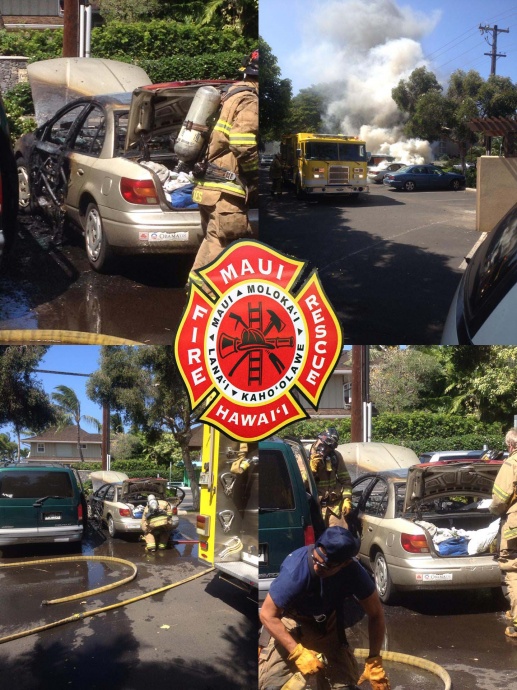 A vehicle fire destroyed four-door Saturn sedan and damaged the exterior of a Chevrolet van at the Paradise Gardens Apartments on Thursday morning, March 20, 2014.

Fire crews from Engine-6 out of Kīhei responded to the scene located at 851 South Kīhei Road at 10:26 a.m., according to department reports.

Upon arrival at 10:31 a.m., crews observed that the fire had had spread to a van parked to the south side of the burning car, fire officials said.

The fire was quickly brought under control by 10:33 a.m., and no injuries were reported, said Maui Fire Services Chief Lee Mainaga.

The cause of the fire is undetermined, but most likely accidental, according to FS Chief Mainaga. 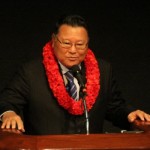