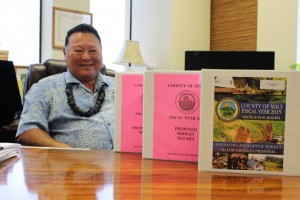 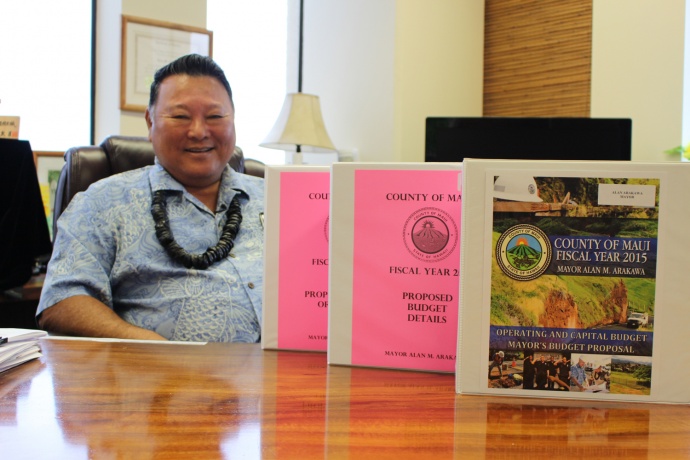 Maui Mayor Alan Arakawa will unveil his proposed budget for the 2015 fiscal year before the Maui County Council on Tuesday, March 25, 2014.

We sat down with the mayor today, a day ahead of the unveiling, for a preview of the county budget, which is estimated at over $600 million.

“The whole budget hinges on whether or not the state is going to remove the Transient Accommodations Tax cap they imposed on us a few years back to help the state,” said Arakawa.

The mayor has been trying, in conjunction with other county mayors, to remove the cap the state placed on the Transient Accommodations Tax or TAT, saying the funds should be returned to the county level. 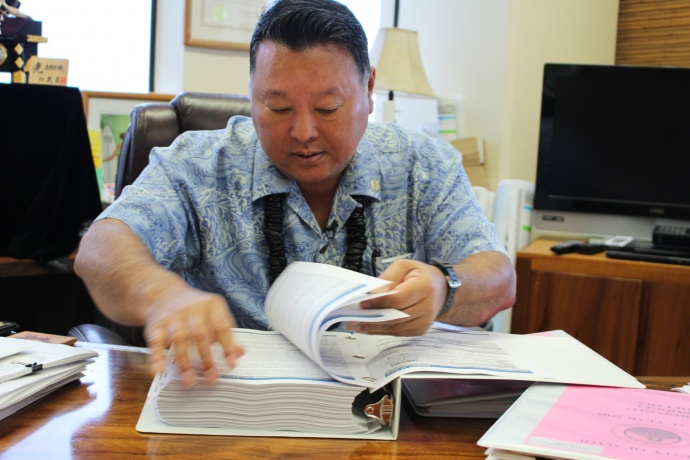 “This is a cap that was put on two years ago because the state was in a deficit position and they needed some help. This year, the state is claiming to have an $800-plus million dollar surplus,” said Arakawa, who claims about a third of the surplus is built upon the TAT revenues that he feel should go back to the county governments.

“It’s really a sad state of affairs, but that’s the reality of it,” he said.

“We don’t want to raise taxes (and) we would not have to raise taxes if the state would just return back the TAT money that the county had previously,” he said. 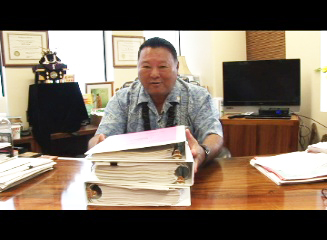 On the roadways, the mayor said, “We actually did an analysis of how many highways we have, and we are currently trying to repair roads to catch up from a 50-plus year maintenance schedule.”

In the Water Department, the mayor said, “we’re trying to catch up with deficits that have been around for generations. We have water shortages and are currently fixing the Waikamoi Flume; we’re looking to do exploratory wells for more water; and we’re trying to develop more water sources, and fix the infrastructure.”

In the area of parks, a budget increase is planned. “We have about 188 acres of active playing fields. It’s obviously very deficit. There’s huge competition for most of the active fields, and this year we went ahead and acquired close to 400 acres worth of expansion park potential,” said Arakawa.

But he said, “Acquiring the property does not mean that the parks have been created. This year, the budget is going to concentrate on trying to open up some of these park areas to be able to create active playing fields and to be able to improve a lot of the facilities in the park area.”

“Up until now, one of the first areas administrations always cut was the parks budget, because it’s always been considered an extra; and they’ve cut it to the point most of the bathroom facilities were literally falling apart and in terrible shape. Many of the playing fields were not being maintained properly,” he said.

“This year we’re putting an emphasis on trying to correct that and trying to open up new fields so that we can take care of some of the deficit and keep our youth in active sports which keeps them out of trouble.”

Full details of the budget will be unveiled at 9 a.m. on Tuesday, March 25, in the Council Chambers on the 8th floor of the Kalana O Maui building in Wailuku.