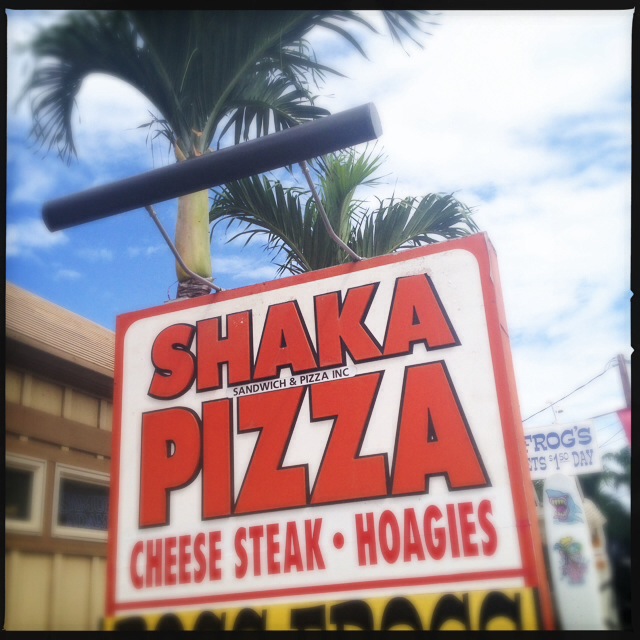 Find it across the street from Foodland. Photo by Vanessa Wolf

In the book “It Must Have Been Something I Ate,” award-winning food writer Jeffrey Steingarten dedicates an entire chapter to one topic: pizza.

How much can be said about pizza, really?

Largely considered an Italian invention, pizza (or a concoction going by that name anyway) is eaten on nearly every continent. Norwegians are the world’s major consumers, followed by Germans and Swedes. Gazeta Mercantil reports that 1.4 million pizzas are consumed in Brazil daily.

Pizza Hut stores can be found in locales as distant as India, Bangladesh, Israel, Japan and Nepal. 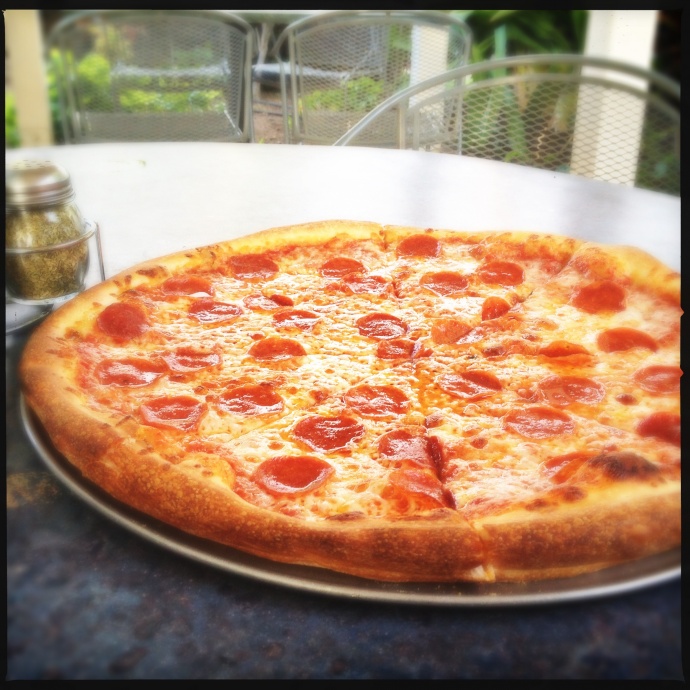 In Eastern Europe, pizza slices are sold on the street and come – unless you know how to say “hold the canned corn” in Bulgarian – with a motherlode of the yellow kernels dumped on top. Then you are offered your choice of ketchup, mustard and mayo to squeeze over that. (And now you won’t be as surprised as we were.)

In Sweden, kebab pizza (topped with döner kebab, onions, pepperoncinis and kebab sauce) is all the rage, and the hands-down worst pizza we ever encountered would make a bitter public school lunch lady blush. 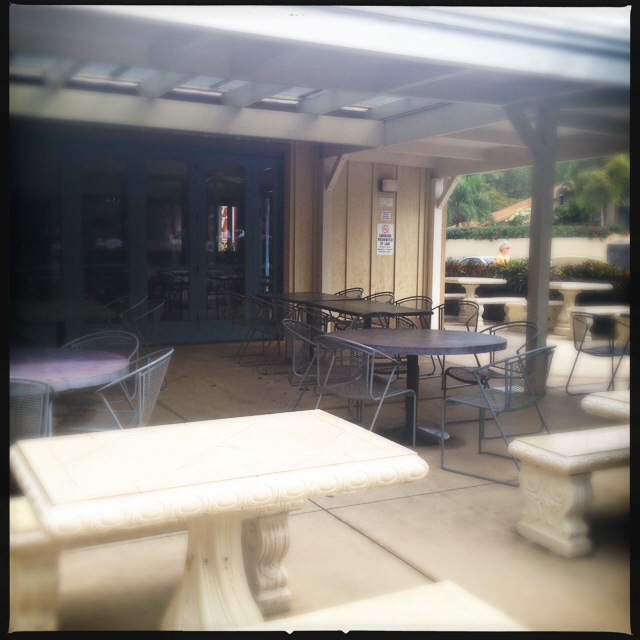 Shaka itself is nothing fancy, but there’s ample – and diverse – seating to get the job done. Photo by Vanessa Wolf.

Developed in some kind of culinary nightmare lab (or in this case, a small restaurant in Negril, Jamaica) several saltine crackers were arranged in a rectangle and topped with ketchup and a sprinkle of heat-resistant cheese: an (allegedly) edible monstrosity that tasted about as dreadful as the ingredient list would imply.

But this isn’t a story about bad pizza.

Rather, it’s the tale of some consistently excellent New York-style pies available seven days a week in South Kihei, as Shaka Pizza is about as close as your taste buds can get to Gotham City in the middle of the Pacific.

So what is New York style pizza, exactly? 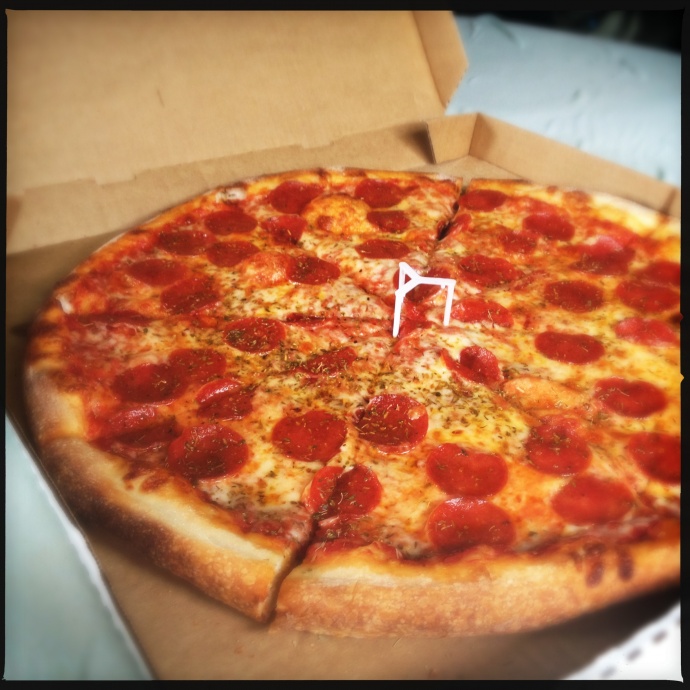 Once again, a Pepperoni Pizza. Photo by Vanessa Wolf.

For one thing, it’s large. Starting out at 16″, pies measuring over two feet wide are not out of the question.

Not wafer thin, mind you, but about 1/4″ thick (tops) until roughly an inch and a half from the edge where it should bubble up into a chewy, supple crust.

Steingarten takes it a step further, dissecting a cross-section of crust: “The bottom 1/32 -inch is crisp and very nearly charred. The next 3/32 -inch is made up of dense, delicious, chewy bread. And the top 1/16 -inch is slightly gooey.”

In short, it should be pliable enough to fold, but still hold its shape. 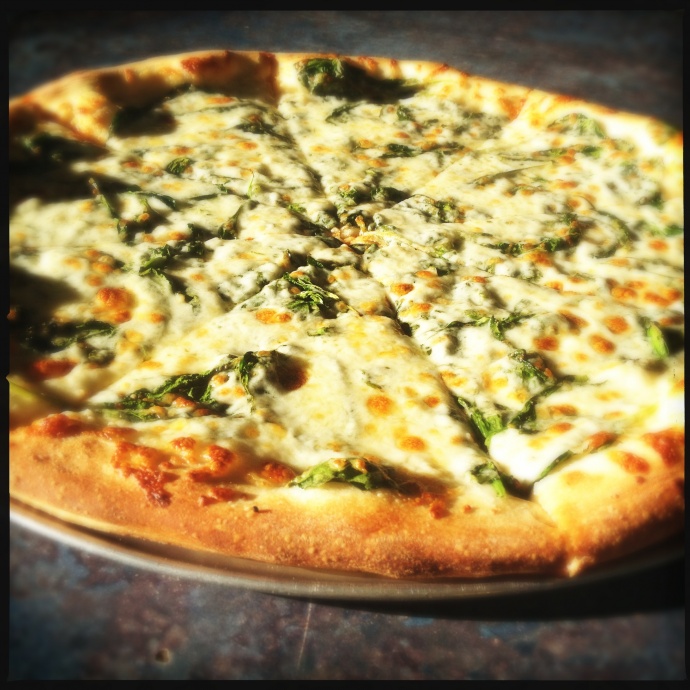 We detected a slight sourdough flavor to the dough and the crust rise was a little low for “New York” perfection as defined above, but all told this pizza is on the money.

The homemade sauce is neither too sweet nor too salty and the cheese is delightfully oily – but not too oily – and gooey.

If tomatoes aren’t so much your thing, Shaka also offers a White Pizza ($20.09).

The same dough is topped with olive oil, garlic and mozzarella or there’s a Gourmet White Spinach version ($23.89) if you desire a little green embellishment as well.

This was never our favorite and that opinion hasn’t changed much, but minus the blobs of ricotta cheese our childhood memory recalls finding on most East Coast versions, Shaka’s white pizza is a reliable option. 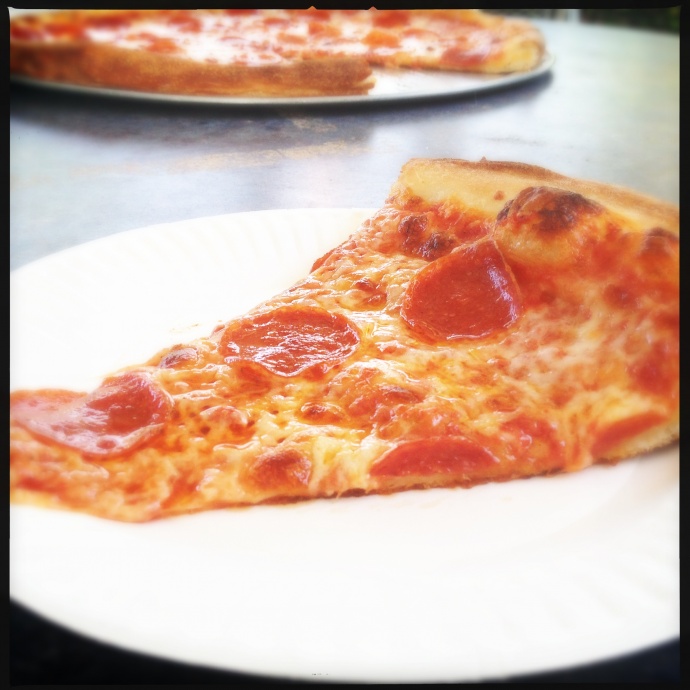 A slice of (again. We’re nothing if not consistent) Pepperoni. Photo by Vanessa Wolf.

A limited selection of individual slices are available throughout the day, with “plain” (or Cheese) for $2.83 and Pepperoni or White Spinach for $3.35.

Service is friendly, but often a bit spaced out.

On one occasion, the person that answered  the phone sounded like they could handily craft a bong out of an apple in 3.4 seconds flat. 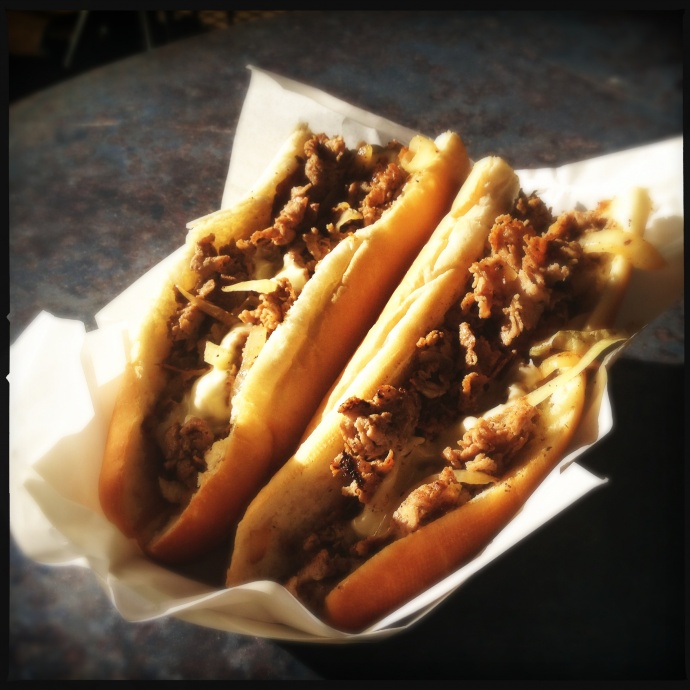 The bread didn’t quite stand up to the filling, rendering ours hella soggy. Definitely grab a fork and a knife unless you’d like to wear part of this meal home.

Shaka also offers hoagies, which are pretty much exactly what you’d expect.

The Italian ($8.35/$16.71) offers three kinds of salami, ham and provolone with lettuce, tomato, onion, Italian dressing and even pepperoncinis on request.

Again, the sandwiches are pricey (even by Maui standards) and although perfectly acceptable, they offer nothing out of the ordinary.

We recommend you stick with the pizza. 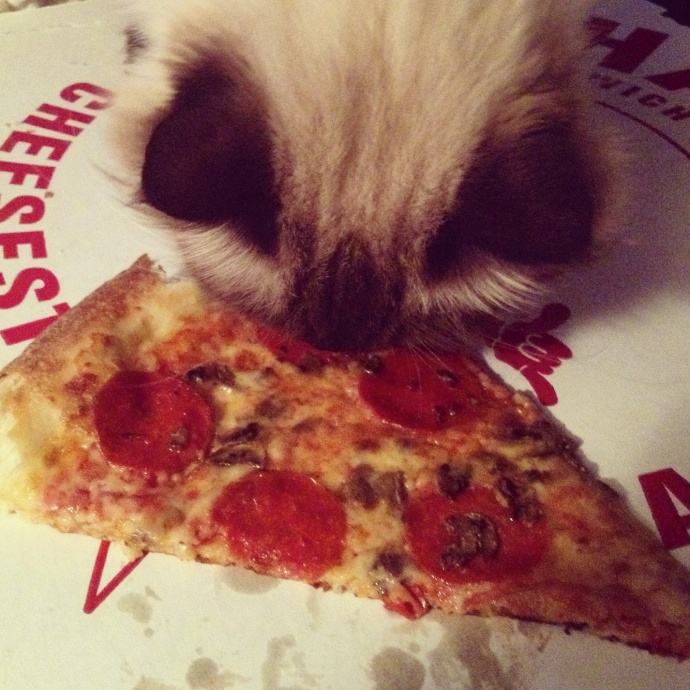 Leave the room and you may return to find a cat eating your Shaka pizza. Photo by Vanessa Wolf.

New York flavor without the traffic, crowds or pervasive smell of garbage? 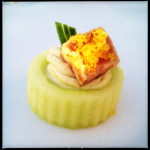 Experience a Taste of South African Food and Wine 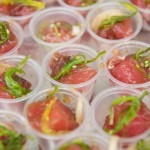