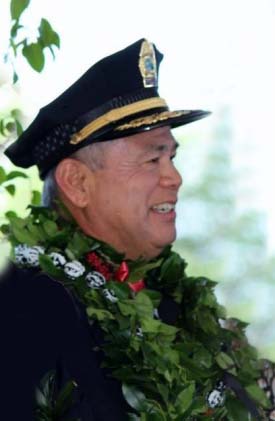 The Maui Police Commission announced the recruitment for a chief of police to fill the vacancy being created by the retirement of Chief Gary Yabuta in July.

The recruitment notice indicates that the job pays $135,000 per year, and that applicants must be a citizen of the US and a resident of the state for at least one year preceding appointment.

Special requirements also call for 15 years of experience as a law enforcement officer, at least five of which were in the administrative capacity.

The commission is also seeking candidates with a bachelor’s degree from an accredited four-year college or university, and/or graduates of the Federal Bureau of Investigation National Academy.

The application deadline is Aug. 12, 2014, and includes submission of an application, resume and supporting documents.

Chief Yabuta announced his plans to retire last month, saying he would be taking on employment at the federal level as the director of the Hawaii High Intensity Drug Trafficking Areas program in Honolulu.

Yabuta was selected as chief of the Maui Police Department in May of 2009, filling the post left by the retirement of former chief Tom Phillips.

At the time of his appointment, the Maui Police Department had 367 officers and 143 civilian employees.

Yabuta defended the department recently during a Kīhei Community Association meeting in which community members engaged in heated dialogue with department officials over two high profile missing persons cases. In the meeting, he defended his officers and the efforts that were being made to solve the cases.

The department’s Assistant Chief Clayton Tom is a 31-year police veteran and a 2007 graduate of the FBI National Academy. He is expected to serve as interim chief when Chief Yabuta retires until a new chief is selected and sworn in. 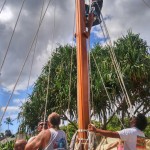 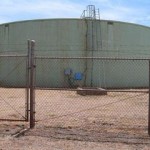