A Maui resident and former National Football League player for the San Diego Chargers, Charles Loewen, was sentenced to 37 months in prison and three years of supervised release, the US Justice Department announced today.

Loewen, who is the owner of Paradise Stone & Tile, was also ordered to pay a $10,000 fine, and $235,288 in restitution for felony charges of conspiring to defraud the US and filing a false claim for tax refund, according to the announcement.

United States Attorney Florence Nakakuni said that according to an indictment, Loewen allegedly conspired to use a scheme in which he and his wife falsely claimed tax refunds from the Internal Revenue Service totaling more than $2.35 million.

Nakakuni said the indictment states that Loewen allegedly created fake supporting tax documentation, including phony 1099-OID Forms, to make it appear as if the IRS owed him a large tax refund, when in fact the IRS did not.

According to information produced in court and detailed by the Justice Department, Loewen allegedly conspired with Gerald “Brother Jerry Love”Poynter, who was charged and sentenced in a 1099-OID fraud scheme in Kansas City, involving a $96 million fraud. 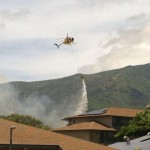 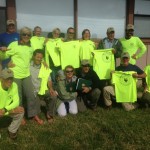