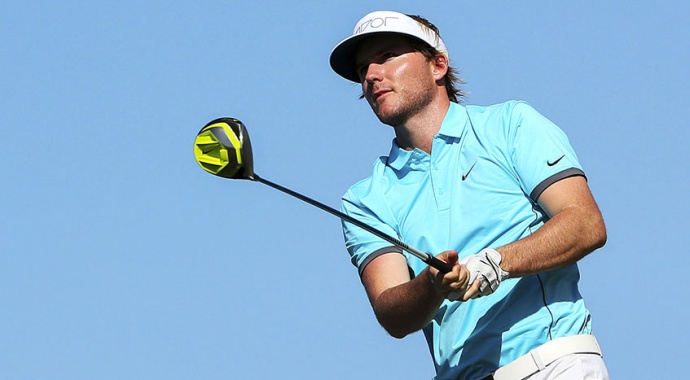 Russell Henley shot a bogey-free 65 in the opening round at Hyundai Tournament of Champions Friday at The Plantation Course in Kapalua. Photo by Mike Ehrmann/Getty Images.

And now for a lesson on putting.

That was the theme Friday during first-round action of the 2015 Hyundai Tournament of Champions, as the elite winner’s-only field assassinated a defenseless Plantation Course, led by Russell Henley’s bogey-free, 8-under-par 65.

Without the local Tradewinds for protection, the par-73 Plantation Course was a sitting duck for the game’s best players as 31 of 34 players finished under-par, including seven bogey-free rounds.

“We had good wind today and the course is firm enough, plus this is my second year here and I feel much more comfortable,” said Henley, who earned his way to Maui with a playoff victory over Rory McIlroy, Ryan Palmer and Russell Knox at the 2014 Honda Classic. 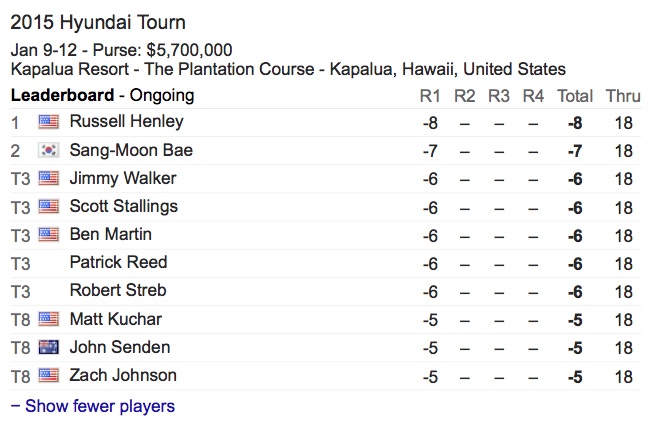 Henley owns a one-shot lead over South Korea’s Sang-Moon Bae, who won the first event of the 2014-2015 season at the Frys.Com Open and ranks No. 2 early in the FedExCup standings. Bae’s round started with birdies on six of the first eight holes for a front-nine 30. 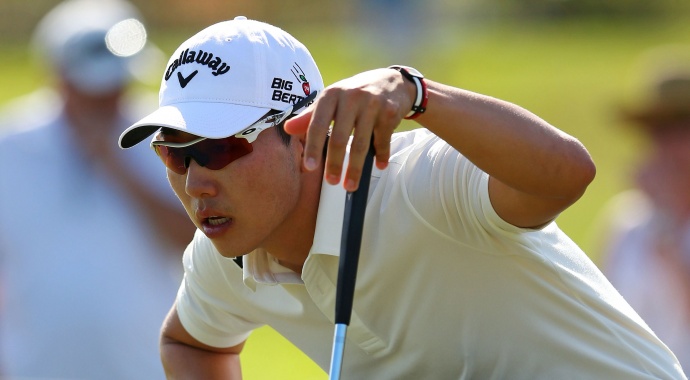 South Korea’s Sang-Moon Bae made six birdies in his opening eight holes, eventually signing for a 66 at the par-73 Plantation Course at Kapalua. On the way, Bae made more than 107 feet worth of putts, tops among the early finishers. Photo by Mike Ehrmann/Getty Images.

“It was fun to watch Sang-Moon get off to that great start, six under through eight and I think he may have left one or two out there,” said Bae’s first-round playing partner Scott Stallings. “I think I played great and kind of fed off of him on the back nine and managed to make a few putts coming in, so it felt great.”

Stallings is tied with four others, two strokes behind Henley, at 6-under-par 67, including first-timers Robert Streb (67) and Ben Martin (67).

Martin closed out his round with a dramatic eagle on No. 18 — the ball drilled the flagstick before dropping into the hole.

“I was trying to catch up with Robert all day and I got to go to school on his shot a little bit and I needed to get it in down the hill, and actually I thought I missed it to the right, but it was a great way to close out my first round of 2015.” 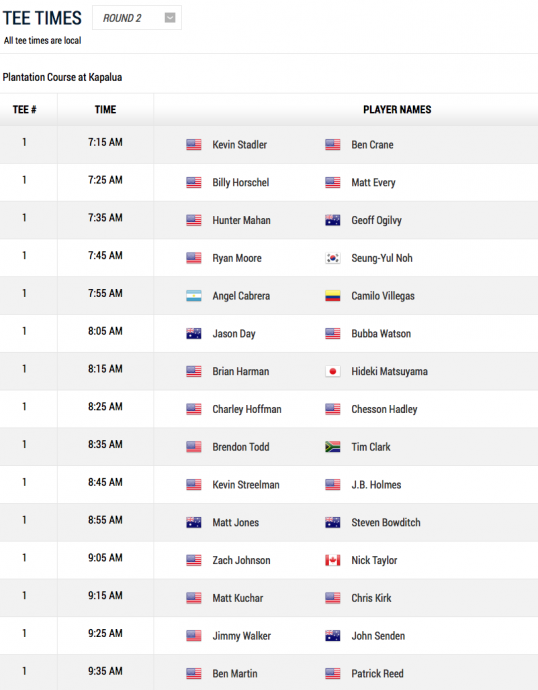 The forecast for the remaining three rounds is expected to be similar to Friday.

For Henley, the PGA Tour’s No. 1 putter (strokes gained), anything is possible. Henley, who has never led or shared a first-round lead in his two-year PGA Tour career, opened 2015 with the best opening-round score (65) at the Hyundai Tournament of Champions since Ernie Els and Jim Furyk shot 64 to start the 2003 event.

“I feel good, I like Bermuda grass and putt well on Bermuda grass,” said Henley, who made four putts over 20 feet and did not miss a putt inside 15 feet. “I hit that one (No. 18) right where I wanted to and it did exactly what I read. So today was good, it’s not everyday that you’re going to read them correctly, but I did that today.”

Considering all his preparation and the upcoming conditions he may be facing over the next three days, Henley could go wire-to-wire. After all, he did exactly that when he won his PGA Tour debut at the 2013 Sony Open in Hawaii with a record total score of 256 (24-under), lowering the previous record by four strokes.

Henley said he’s managed to overcome his inconsistent play by tweaking his swing over the off-season.

“I think I’m swinging at it better now, I think I was always a decent putter and chipper and I don’t think I’ve struggled with that much, but the work I’ve done with instructor Scott Hamilton is beginning to pay off.”

Henley did not break 70 at last year’s Hyundai Tournament of Champions.

“When I take the club back, I don’t know if it’s shoulder flexibility or what, but I always have a tendency to have a little bit of lift and be a little over the plane and that’s made me steep,” said Henley, who started working with Hamilton this past summer, trying to change “a lot at the start” and eventually focusing on keeping his swing on-plane.

The turning point came in the FedExCup Playoffs, where he finished T2 at the Deutsche Bank Championship and he started this year with a T4 at the McGladrey Classic.

“Ever since I’ve gotten comfortable with the things we’ve been working on fundamentals, I’ve started to keep the ball in front of me more and not have as big of misses and driving the ball better,” Henley said.

Although he has two wins on the Tour, Henley admittedly to his streaky style because of his inconsistent homemade swing.

“Most of the really consistent players out here do the same thing every time and they have the club on plane,” he said. “I always putt it pretty well. But since I started hitting the ball better . . . I’ve been playing better golf, and definitely I think the swing as it’s gotten better, has made me play more consistent.” 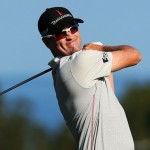 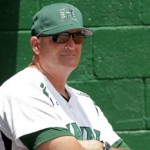