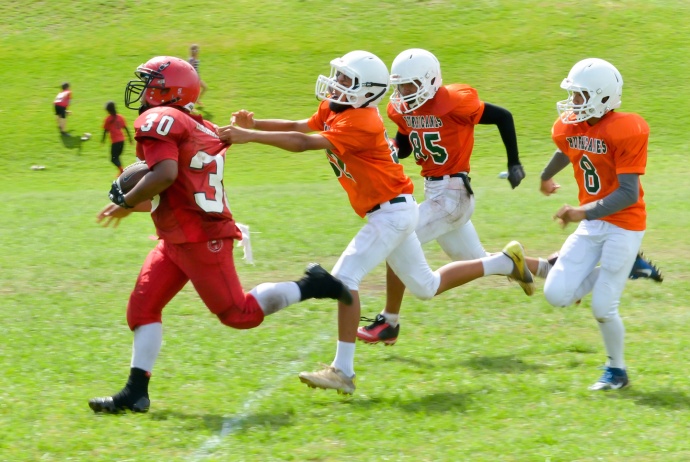 Lahaina is running back (30) tries to elude the Wailuku pursuit as he runs toward the end zone. Photo by Rodney S. Yap.

The Maui Big Boyz Football League is all of the above, and currently in midseason of its fifth year.

On Saturday, the MBBL played a triple-header at “The Pit” field in Kahului, drawing plenty of youth football fans from Central Maui, who did not have to make the trek Upcountry where the games are usually held at Kulamalu Field.

Kihei got the best of Upcountry 34-6 in the first of two Intermediate Division games. Lahaina stayed unbeaten at 4-0 by outscoring Wailuku 46-28 in the matinee matchup. 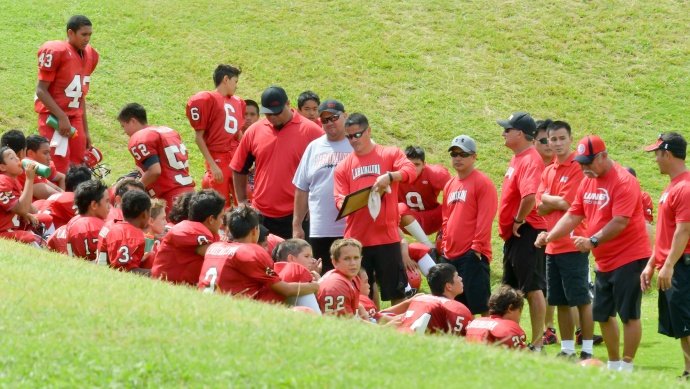 Lahaina coaches discuss adjustments for the second half during halftime of its Intermediate Division game with Wailuku on Saturday. Photo by Rodney S. Yap.

During halftime of the Lahaina-Wailuku contest, MauiNow.com caught up with Jack Damuni, president and founder of the no-weight limit league.

“We are in our fifth year and now we have three Elementary teams and four Intermediate teams,” said Damuni, who is also the Wailuku head coach.

This year’s graduating class (2015) makes up the original players from the inaugural season in 2010. Wailuku and Kahului, coached by David Nesmith, were the chartered Intermediate teams that played each other every week ’till the end of summer. 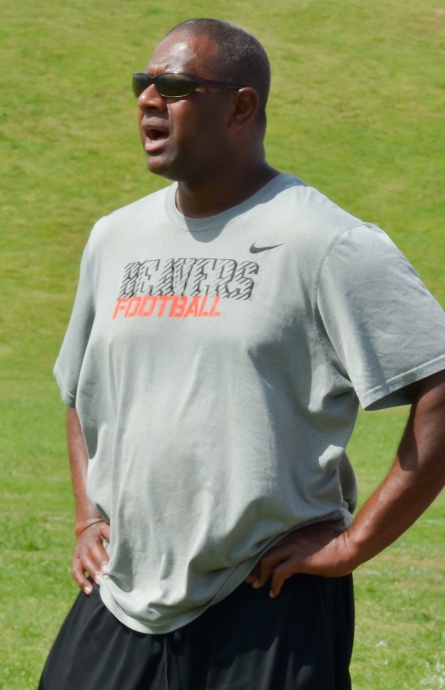 Jack Damuni, president and founder of the Maui Big Boyz Football League. Here he is shown coaching Wailuku during the second half Saturday. Photo by Rodney S. Yap.

As an 8th-grader, who was too big to play Pop Warner Football in the fall, Josiah Maglente learned to throw the football playing with the Hurricanes. The former Baldwin High School quarterback now helps coach the position at Wailuku.

“It’s fun,” Maglente said. “I think it’s a great opportunity for our kids to learn the game before they go to high school.”

“I love it when the kids come back and help, like Josiah,” Damuni said. “It’s the perfect way for young players to give back to the community.”

“Now that we are fielding three elementary teams we can rotate and play each other three or four times. It’s really important that the kids get a chance to pad up and play because a lot of these kids have never put on shoulder pads. Those little things are very important to us. It’s part of the progression. It’s part of the development of the players and that’s one of the things we stress with this league. 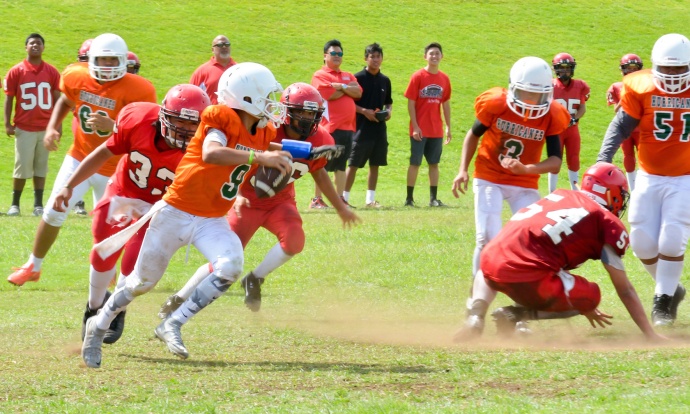 Wailuku’s offense tries to get its passing game in gear as Lahaina defends during second-half action Saturday. Photo by Rodney S. Yap.

“It’s not about wins and losses,” Damuni continued. “We keep score, but that’s not important. As a coach, I cannot tell you how many games I’ve won or loss.”

“The main goal is to develop these players and take the game of football to another level. As far as the skilled positions are concerned, we have a lot of kids that have unbelievable skills here on Maui. We just have to teach our linemen to get to the skill level of the kids on Oahu. Once we do that I am sure we will be able to get to the semifinals and championship games of the state playoffs on a regular basis.”

Confirmation on the legitimacy of the league can be seen from sideline to sideline, where multiple former and current MIL coaches are actively involved. 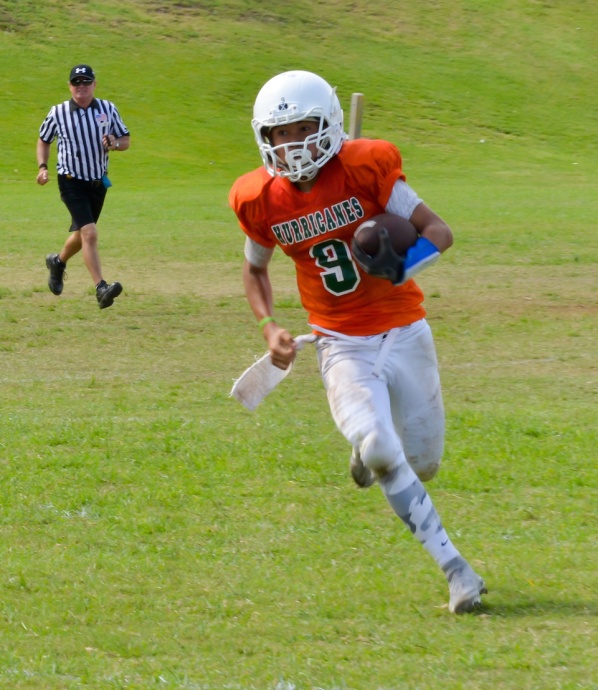 “Look at those guys over there,” said Damuni, pointing to the Lahaina coaching staff addressing its players at halftime. “It’s unbelievable to see all of those coaches out here, from one of the winningest football programs in the state. It’s important to have Lanny Tihada, Bobby Watson and Garett Tihada out here. What that tells me is that they believe in our system. For me, I feel strongly that this league is only going to get bigger and better. 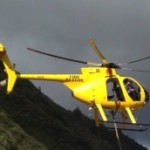 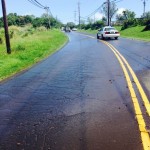