Walk Out In Support of Mauna Kea at UHMC 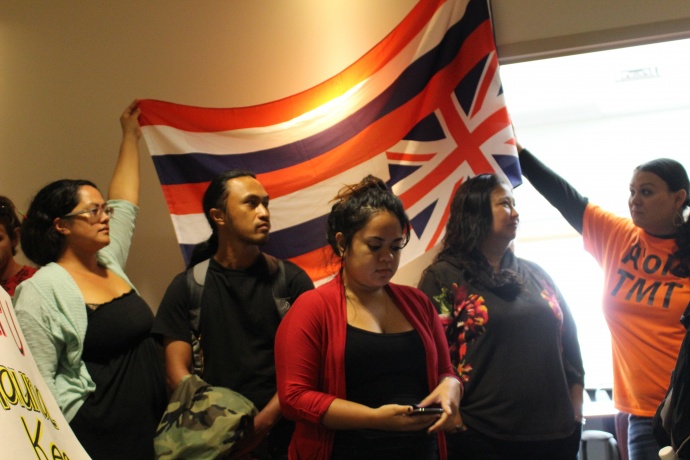 A group of students and faculty with the Hawaiian Studies department at the University of Hawaiʻi Maui College staged a Walk Out for Mauna Kea event on Monday, April 13, in opposition to the Thirty Meter Telescope project on the Big Island of Hawaiʻi. Photo by Wendy Osher.

***An update with video from this event is now posted at the following LINK.

A group of students and faculty with the Hawaiian Studies department at the University of Hawaiʻi Maui College are staging a Walk Out for Mauna Kea event this afternoon.

The walk out is an appeal to the President of the University and the Board of Regents to stop construction of the Thirty Meter Telescope atop Mauna Kea indefinitely.

The Maui event includes a procession to the Chancellor’s office at noon, where he will be presented with a letter from the Pūkoʻa Council.

Over the weekend, Governor David Ige announced a timeout extension on construction at the site until Monday, April 20, 2015.

While demonstrators applauded the initial one-week pause in construction, members of the group Mauna Kea Protectors called the halt a temporary victory, and said more is need to stop desecration of the site until legal appeals can work their way through the courts.

Those in opposition to the project have expressed concern over continued development at the sacred site. Supporters say they believe that science and culture can coexist on the mountain and maintain that permits were secured to build at the location after a seven-year public process. 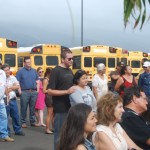 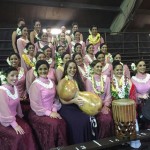