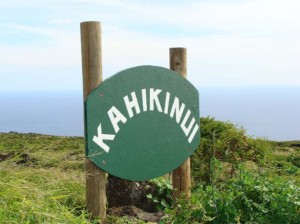 A fire in Kahikinui on Wednesday afternoon, April 22, was declared contained at 1:38 p.m. and extinguished when the last of the crews left the scene at about 2:15 p.m., fire officials said.

A total of two acres of grass alongside the mauka side of Piʻilani Highway burned when a welder constructing an iron gate accidentally caught the grass on fire, said Maui Fire Captain Edward Taomoto.

There were no structures threatened or injuries reported.  Units assisting included fire companies from Kula and Makawao, a Kahului water tanker and the department’s Air 1 helicopter.

Maui firefighters are faced with windy conditions at the site of a two acre brush fire in Kahikinui on the southern slopes of Haleakalā.

The fire was first reported at 12:45 p.m. on Wednesday, April 22, 2015 near Mile 22 of the Piʻilani Highway near the Kahikinui Homesteads, according to fire officials.

Maui Fire Captain Edward Taomoto said Kula firefighters arrived on scene to find the fire burning on two acres mauka of the highway, with winds blowing at 20 to 25 mph.

Initial reports indicate that the fire was visible from the highway and crews were working to contain the fire with water drops.

Units on scene include fire engines from Makawao and Kula, two water tankers and the department’s Air 1 helicopter.

There is no cause determination at this time, according to Capt. Taomoto. 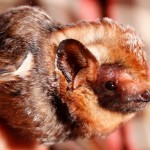 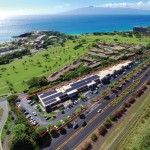 Fairway Shops in Kāʻanapali, Other Maui Properties Listed for Sale