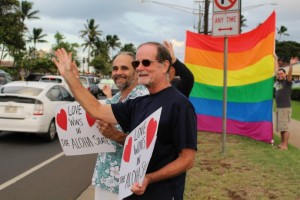 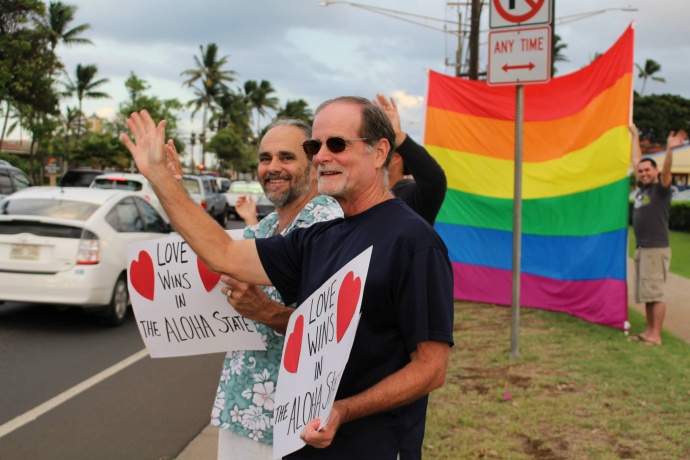 A group of supporters celebrated the Senate passage of SB1 HD1 on Maui during a sign waving demonstration along Kaʻahumanu Avenue in November 2013. File photo by Wendy Osher.

In a landmark decision today, the US Supreme Court ruled that all states must recognize the marriages of same-sex couples.

The court held that for the first time, any couple — straight, lesbian, gay, bisexual, or transgender — can obtain a marriage license and make their commitment public and legal across the nation.

US Senator Brian Schatz of Hawaiʻi called the ruling “a big win for gay rights, civil rights and human rights.”

He said the historic ruling reaffirms that the Constitution, “protects the rights of every American, regardless of who they love.”

Here in Hawaiʻi, the Marriage Equality Act, became law [2] in December of 2013, that effectively legalized same sex marriage in the state.