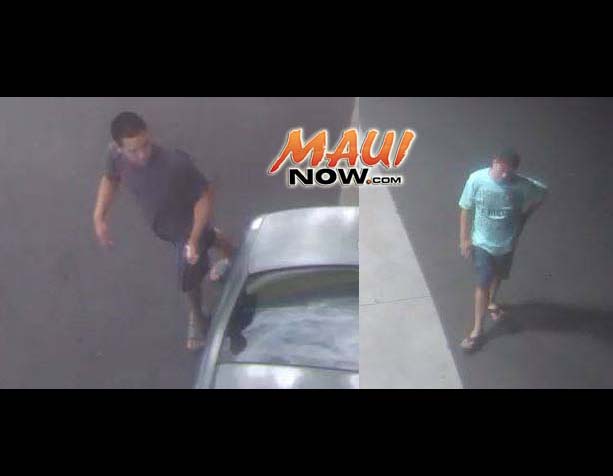 Maui police released what appears to be outdoor surveillance images today of two males wanted for questioning in one case.

Police also released surveillance images of a male and female photographed together in a separate alleged “theft-type” investigation.

Anyone with information in either case is asked to contact the Maui Police Department non-emergency number at (808) 244-6400 or 9-1-1 if it is an emergency. 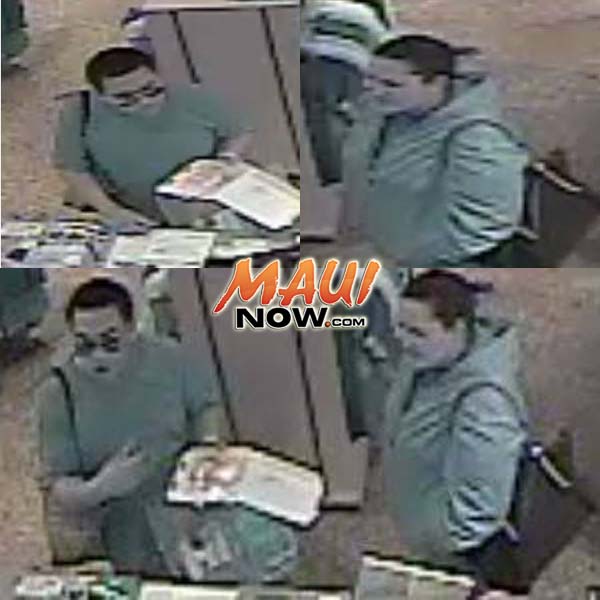 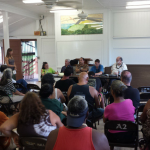