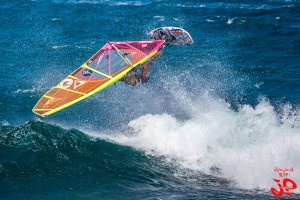 A Small Craft Advisory is posted for all Maui County channels as well as Māʻalaea Bay through 6 p.m. Monday. Increased trade wind speeds are expected. Inexperienced mariners should avoid navigating in these conditions. 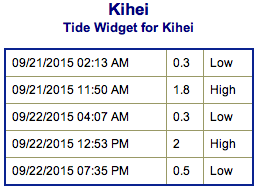 West:  Wave heights waist/chest high are expected today. The best breaks could be up to shoulder/head high on the sets. Spots shadowed by other islands will be smaller.

South: The south-southwest is expected to bring chest/head high waves today. The best breaks could get up to overhead occasionally on the sets. 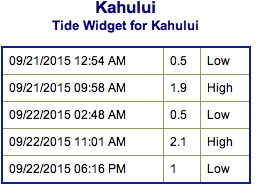 Trade winds will continue to generate short-period choppy surf at moderate levels along east facing shores through the weekend. Other than that, there is nothing of note out of the NPAC. 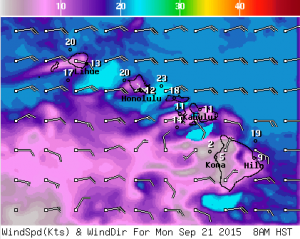 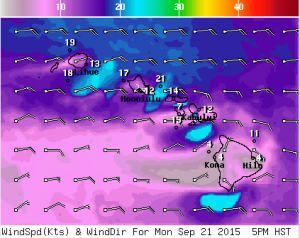 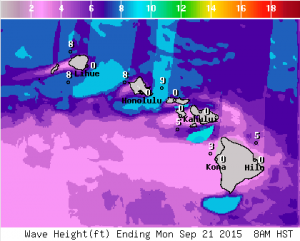 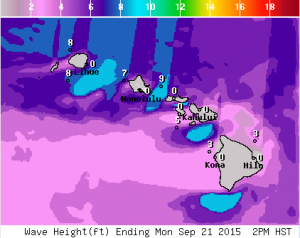 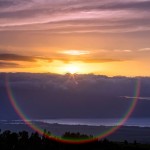 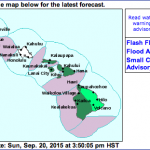