Disney has selected an Oʻahu girl to voice the part of it’s next princess, Moana.

Fourteen-year-old Auliʻi Cravalho of Mililani was discovered by an Oʻahu casting agent while singing at a charity competition.  In a Disney announcement, Casting Director Rachel Sutton said Auliʻi was the very last last girl she saw on her last day of casting.

Dwayne “The Rock” Johnson who has been cast as the demi god Maui in the movie, posted the news on his Instagram page this morning saying its “an awesome lesson to all young kids out there (to) work hard, have confidence in yourselves, and never think you’re not good enough because you never know what the future holds.”

The film is set in the Pacific and is about the young girl who goes on a voyage in search of her ancestors’ island home. The film hits theaters in November of 2016. 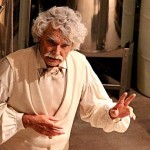 Wassup? Entertainment & Food: Oct. 7–11 and Beyond 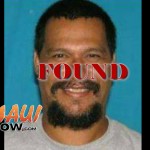