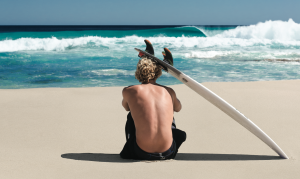 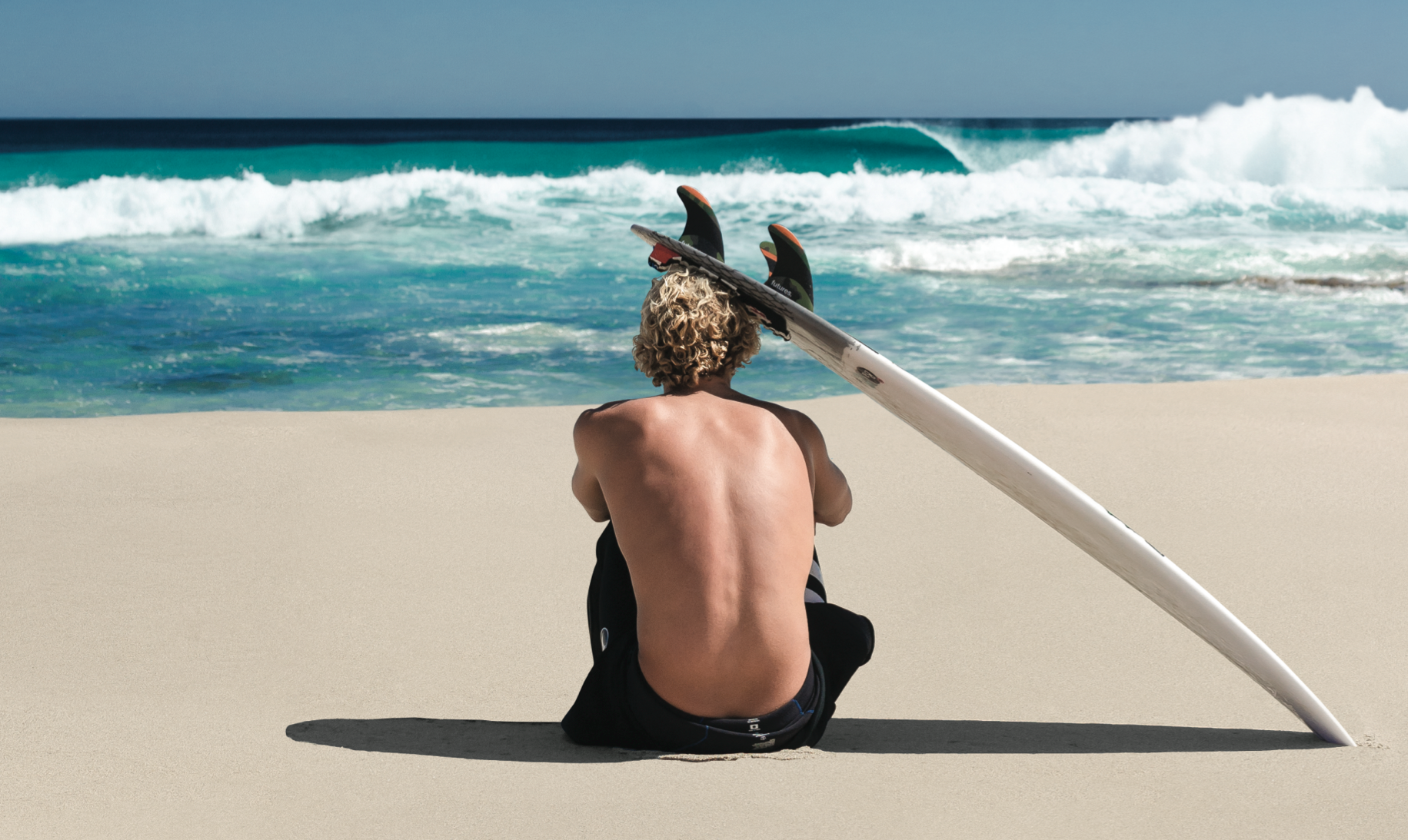 ” A View From a Blue Moon.” FirstLight photo.

FirsLight will begin this year’s film festival at the Maui Arts and Cultural Center with the Maui premiere of A View From a Blue Moon on Friday, Nov. 27; the festival will continue on Saturday and Sunday, Nov. 28 and 29 with eight more film screenings (See film schedule and synopses below).

$16 Single FirstLight Tickets. Available at The MACC Box Office starting on the Monday of each week’s screenings. Single tickets can also be purchased at the door.

See the sport of surfing as it’s never been captured before in A View From a Blue Moon, John Florence and Blake Vincent Kueny’s second signature release—this time in association with the award-winning studio Brain Farm.

The first surf film shot in 4K, A View From a Blue Moon follows the world’s most dynamic surfer, John Florence, and his closest friends from his home on the North Shore of O‘ahu to his favorite surfing destinations around the globe. From the dreamy blue perfection of the South Pacific to the darkest uncharted waters of Africa (and everywhere in between), Florence faces a broad spectrum of emotions as he continues to seal his legacy as one of the most gifted surfers ever.

And while the young Hawaiian is pulled in increasingly different directions, there is no form of pressure that will keep him from his ultimate goal—to redefine what is possible in the ocean.

“John John Florence’s A View From a Blue Moon Is the Best Surf Movie ever made!” —Stab Magazine

MACC tickets: $14 (includes all MACC fees). FirstLight FastPasses are not valid for this special screening. 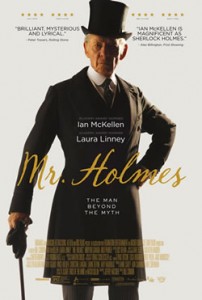 Ian McKellen stars as Sherlock Holmes set in 1947. Returning from a journey to Japan, after a search for a rare plant with powerful restorative qualities, Holmes returns to his remote seaside farmhouse to face the end of his days tending to his bees, grappling with the diminishing powers of his mind and relying upon his housekeeper’s (Laura Linney) young son to work on the unsolved case that forced him into retirement, all while searching for answers to the mysteries of life and love. 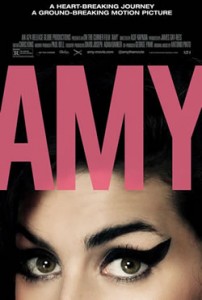 Amy is the story of six-time Grammy-winner Amy Winehouse—in her own words. A once-in-a-generation talent, Winehouse was a musician that captured the world’s attention. A pure jazz artist in the most authentic sense, she wrote and sung from the heart using her musical gifts to analyze her own problems. The combination of her raw honesty and supreme talent resulted in some of the most unique and adored songs of the modern era. Rolling Stone called the film a “don’t-miss dazzler—like the lady herself.” And indieWIRE raved that Amy is “an extraordinary, powerful work.” 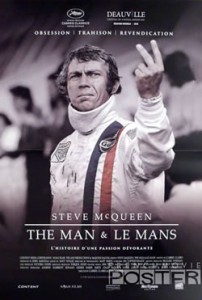 A story of obsession, betrayal and ultimate vindication. It is the story of how one of the most volatile, charismatic stars of his generation, who seemingly lost so much he held dear in the pursuit of his dream, nevertheless followed it to the end.

“Compelling for its impressively kaleidoscopic account of Steve McQueen, Hollywood’s reigning ‘King of Cool’ who, after the great successes of Bullitt and The Thomas Crown Affair, was in a position to do more or less anything he wanted.” —The Hollywood Reporter. 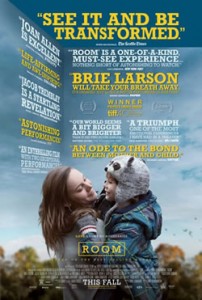 Room is a tough but tender tribute to the creative power of maternal love starring Jacob Tremblay, the most praised child actor in a over a decade. Maui Film Festival honorees Brie Larson also co-stars with MFF honorees Joan Allen and William H. Macy in this universally and critically acclaimed adaptation of the best seller—a story of hope, possibility, goodness and the courage and enduring love that is out there to be discovered and to be held onto with the fierceness of life itself even amidst the most challenging circumstances and challenges. 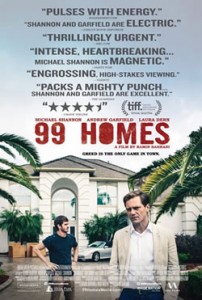 The New York Times call this timely thriller “A masterpiece of suspense.” Michael Shannon portrays a charismatic and ruthless businessman who is making a killing by repossessing homes, gaming the real estate market, Wall Street banks and the US government. MFF honorees Andrew Garfield and Laura Dern star alongside Shannon, who, after evicting Garfield’s character, slyly seduces him into a lifestyle of wealth and glamour that eventually leads him to evict families from their homes. Called “Phenomenal! Pulses with energy from start to finish.” 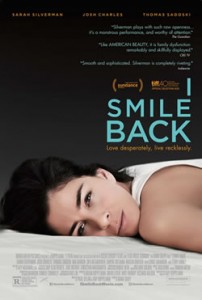 A tour-de-force performance by Sara Silverman, who is completely riveting while starring as Laney in this exploration of an attractive, intelligent suburban wife and devoted mother of two adorable children. She has the perfect husband, played by Josh Charles, a pristine house and a shiny SUV for carting the children to their next activity. However, just beneath the façade lie depression and disillusionment that send her careening into a secret world of reckless compulsion. Only very real danger will force her to face the painful root of her destructiveness and its crumbling effect on those she loves. Peter Travers of Rolling Stone raved, “Silverman is fierce and unerring. No showing off; she just is. This is acting of the highest caliber.” 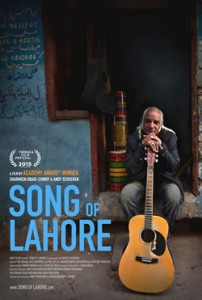 “Elegant and moving” were the words the New York Times used to describe this incredibly uplifting documentary. The film follows Sachal Studios musicians from their hometown in Pakistan to New York City as they rehearse and take the stage for a truly moving concert performance with the Jazz at Lincoln Center Orchestra, after receiving a personal invitation to perform from Wynton Marsailis to perform with his band. Ever heard sitar and saxophone on the same song? You will in this one-of-a-kind cross-cultural musical odyssey. “A joyous and riveting film. Will have audiences grinning from ear to ear. Tells a fascinating story and mixes glorious artistry with a background that has real resonance.”
Rated PG. 82 min. Watch the trailer [17]. 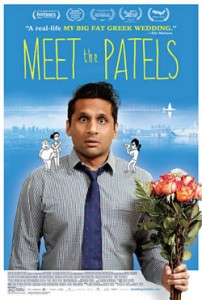 People always ask, “Is this movie really a documentary?” Yes! It’s a “real life” My Big Fat Greek Wedding about Ravi Patel, an almost-30-year-old Indian-American who enters a love triangle with the woman of his dreams… and his parents. Winner of the “Audience Award” at the LA Film Festival, it’s also earned raves as “One of the Funnies Documentaries I’ve Ever Seen” by The Hollywood Reporter, “Riotously Funny” by Variety and “A Gem! Authentic and Laugh Out Loud Funny” by Examiner. It’s also the perfect, hilarious heartwarming holiday season film revealing that love is a family affair.