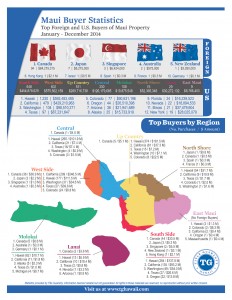 A recent report on housing sales in Hawai‘i showed that Maui had the distinction of being the only major Hawaiian island where sales to off-island buyers have outnumbered local buyers.

That report surprised, and in some cases upset, local residents and especially folks who are being heavily impacted by the current housing crisis.

We are truly in a housing crisis. Prices for homes and rents for basic accommodations are off the chart. I say “again.” because this is a cycle Maui goes through just about every 10 years.

But this particular cycle is tough on anyone who does not already own a home. So it is natural to look for the “bad guys” who are causing this to happen. As much as the study appears to point to offshore buyers as the culprits to some readers, a closer look shows a different story.

The study was the work of the state Department of Business and Economic Development and Tourism, the agency that conducts the state’s economic analyses. It studied the housing market for the period between 2008 and September 2015. It combined both condominiums and residential properties sold during that period, with a focus on how much was paid and who bought them, but, unfortunately, was silent on who sold them. 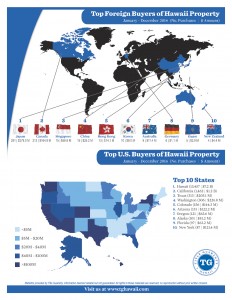 At first I thought the study was a stand-alone; that there was no previous similar report. But in the last week, I learned of another report put out by Title Guaranty of Hawaii, which takes a similar, annual snapshot of the same information (see article graphics). The TG report collaborates the pattern suggested in the statewide DBEDT report and gives more clarity to the Maui numbers.

So do off-shore buyers outnumber local buyers in the local housing market? Sort of, depending on what you consider to be “housing.” A large percentage of the off-shore sales are in the leeward resort markets—South and West Maui—according to both reports. Anyone associated with the Maui resort real estate market knows that most of those sales are of resort condominiums, which are really more like hotel suits than “homes.”

The study was correct to characterize most condominiums as “homes,” because that is what they mostly are on O‘ahu. That is not necessarily true on the Neighbor Islands. In fact, the DBEDT study shows the buyer patterns for the three major Neighbor Islands to be remarkably similar. Maui just happens to be the only one with more than 50% offshore buyers.

The DBEDT study shows out-of-state buyers outnumbering local buyers during this seven-year period: 48% local, 44.9% Mainland residents and 7.1% foreign. Maui also had the highest percentage of foreign buyers in the state. O‘ahu had the largest local buyer percentage at 84.7%.

Off-shore buyers have definitely penetrated every element of the Hawai‘i real estate market and that was particularly true during the 2008-11 period reviewed by the DBEDT study. Those years are known generally as the “great real estate meltdown,” a massive market correction during which millions of Americans lost their homes to foreclosure. That period is a statistical outlier—a market anomaly during which thousands of Hawai‘i foreclosures were picked up by offshore investors looking for a good deal.

Of course, you can find almost anything you want in a study like this. The bottom line problem is we have an acute housing shortage and most economists tell us that this is a problem of supply and demand, and the way to fix that is to build enough housing to meet the demand. So it is important to take a moment to consider this report and to put what it is saying into context:

Ultimately, the problem is one of supply and demand. Hawai‘i is renowned for having the tightest land-use regulations in the nation. That serves to protect the land from development at the cost of crippling the supply of housing our population requires. Less supply means higher values in an environment in which income growth has been stagnate. The end result is our population can no longer afford the shelter our market is producing.

The Realtor Association of Maui has been focused like a laser on this issue for over a year. Our chief finding is that government needs to get out of the way. Both Gov. David Ige and Maui County Mayor Arakawa have echoed that realization: government needs to facilitate the development of housing that our local residents can afford and quit being the impediment.

This is the first in a series of articles published on MauiNow.com in partnership with the Realtor Association of Maui. 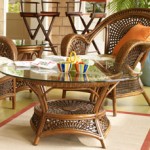 Decorating Island-Style is Easier Than You Think 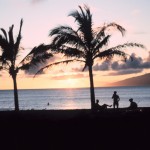