Schatz: Federal Money For HC&S Workers On The Way 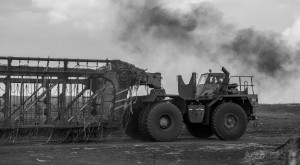 US Senator Brian Schatz today announced that displaced Hawaiian Commercial and Sugar Company employees are eligible to receive federal funding through a worker aid program.  This marks the first time ever that Hawai‘i workers displaced by foreign trade have qualified for these funds.

Schatz, who is a member of the Senate Appropriations Committee said the millions of dollars in federal money will provide compensation to help replace lost wages and will cover the expenses for job retraining, including tuition, books, and transportation.

The amount workers will receive depends on individual circumstances, but workers may be able to access up to $2,000 a month in direct cash support for an additional year or longer while they are retrained to find a new job, according to the announcement.

“These federal dollars will give former HC&S workers the resources to support their families and find new jobs,” said Senator Schatz. “When HC&S announced it would close its sugar operations on Maui, I called Secretary Tom Perez to ask him for help. After multiple discussions, we were able to find money through a federal program and provide some relief for these families,” he said.

The new federal funding will provide additional support for HC&S workers on top of already existing state benefits that they are entitled to receive. In addition, workers at companies that are impacted by HC&S’s closure may also be eligible for the same benefits and the companies may be eligible for business consulting services.

Senator Schatz worked closely with the US Department of Labor and determined that HC&S’s workers are eligible for Trade Adjustment Assistance as a matter of statute. The TAA program provides benefits to eligible workers who lost their jobs due to the adverse effects of foreign trade. Last year, Senator Schatz cosponsored legislation to reauthorize the worker aid program.

“I thank Senator Schatz and Secretary Perez for their efforts to identify funding that will help the sugar workers on Maui,” said Governor David Y. Ige. “The end of sugar is the end of an era, and by working together we can pave a path to the future.”

Schatz said the benefits of TAA are significant for the hundreds of workers who have lost or will lose their jobs as a result of the closure of HC&S sugar operations on Maui. TAA provides financial support as workers look for new jobs and seek retraining, including income replacement, career counseling, reimbursement for retraining expenses including tuition, books, transportation, and job search and relocation allowances.

According to the law, HC&S workers are eligible for TAA because the International Trade Commission issued a determination that the dumping of sugar from Mexico caused serious injury to the domestic sugar industry, and specifically named HC&S as one of the domestic firms impacted.

As a result, USDOL will provide expedited review to any TAA petitions submitted by or on behalf of HC&S workers laid off in the year before and the year after the date the ITC determination was published in the Federal Register, which was Nov. 16, 2015. USDOL’s review would be limited to verifying the information submitted and would not include any additional investigation since the workers are statutorily eligible for adjustment assistance.

For more information on the benefits for HC&S workers through TAA, please click here. 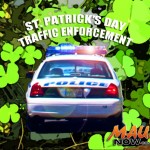