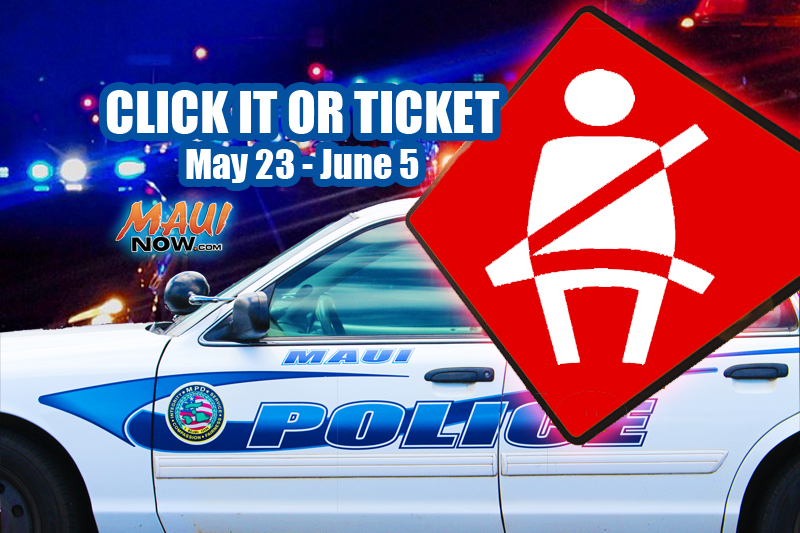 Gov. David Ige joined representatives from state, federal, county, and community organizations to launch the annual Click It or Ticket campaign during a proclamation signing ceremony at the State Capitol today.

In 2014, 61% of fatally injured motor vehicle occupants in Hawaiʻi were unrestrained, according to the state Department of Transportation.  Research from the National Highway Traffic Safety Administration estimates 45% of those deaths could have been prevented through use of lap/shoulder seat belts.

The national Click It or Ticket enforcement campaign, which began May 23, 2016 and runs through June 5, 2016, reminds all drivers and passengers to buckle up. Organizers say the goal of the campaign is to save lives through seat belt use.

“Seat belts save thousands of lives every year, but too many motorists are still not buckling up, especially at night when the risk of getting into a crash is even greater,” said Ford Fuchigami, Hawaiʻi Department of Transportation Director. “Using a seat belt and proper child restraints is still the single most effective way to reduce injuries in a crash and increase the chances of survival by 45 percent.”

Law enforcement agencies in all four counties will be stepping up their enforcement activities during the Click It or Ticket mobilization period.

During federal fiscal year 2015, 13,934 drivers in Hawaiʻi received citations for failure to use a seat belt. In addition, 1,691 drivers were cited for failure to secure a child under the age of eight in their vehicles.

Hawaiʻi’s universal seat belt law requires that all front and back seat motor vehicle occupants buckle up. Adults and children must use their seat belts and child passenger restraints at all times. The fine for unrestrained occupants on Oʻahu, Hawaiʻi and Maui is $102, and the fine on Kauaʻi is $112. Drivers will receive one citation for every unrestrained occupant in the vehicle. Violators of child restraint law are required to appear in court, and if convicted, are required to attend a four-hour class and may be assessed a penalty of $100-$500.

During the national Click It or Ticket mobilization, and throughout the year, police statewide will continue strict enforcement of the state seat belt and child passenger restraint laws. This media and enforcement campaign is 100% federally funded by the NHTSA. 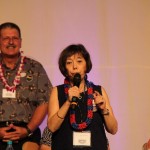 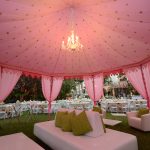