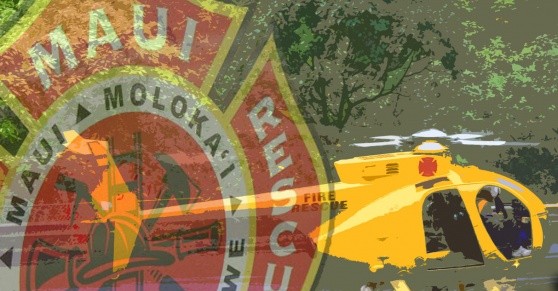 The crash occurred as a white 2016 Ford Explorer MPV, traveling south on Hāna Highway, collided into a rock wall on the makai side of the roadway.

The vehicle then fell approximately 200 feet down the side of the cliff, landing onto the rocky shoreline below.

The cause of the accident and potential factors are still being investigated.

This is Maui County’s 8th traffic fatality for 2016 as compared to four at this time last year.

One person is dead and another is critically injured after a vehicle plunged 200 feet over a cliff along the Hāna Highway.

Maui Fire Services Chief Edward Taomoto said firefighters arrived on scene across from St. Peter Catholic Mission at 5:04 p.m. to find a single vehicle had gone over the makai shoulder of the road directly across from the church and landed on the shoreline about 200 feet below the highway. 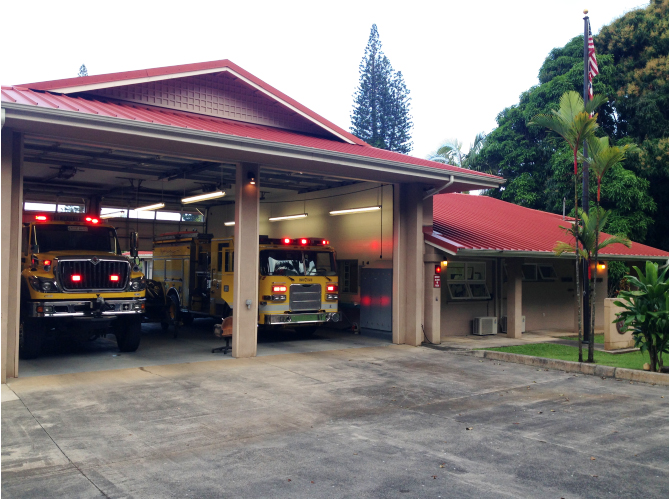 The Kahului rescue crew and Air 1 were dispatched to assist with extricating the occupants from the vehicle, which was on a lava rock outcropping surrounded by water. Hāna firefighters hiked down the cliff to assess the vehicle’s occupants.

Two females were found in the vehicle. One was deceased and the other was in critical condition, according to department reports.

Rescue crews had to manually pry the occupants from the vehicle, according to FSC Taomoto.

Once freed, the fire department’s helicopter airlifted the injured female from the rocky outcropping to a landing zone in a nearby residential lawn where the victim was transferred to paramedics for medical treatment.

The female was flown by helicopter medevac to Maui Memorial Medical Center in critical condition.

The deceased female was also airlifted to the same landing zone and transferred to Maui police. 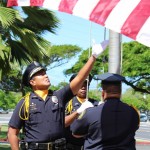 Flags to be Lowered for Memorial Day 2016