#EatLocalEatHealthy. It’s the mission behind a new Kīhei restaurant opening its doors on Wednesday, July 13.

Fork & Salad is sharing a fresh concept with Maui residents and visitors; the restaurant features signature and build-your-own salads with around 50 ingredients to choose from, sourced locally and organically whenever possible. It aims to redefine the “farm-to-table” movement by making fresh, local food more affordable and accessible to everyone.

“Convenience is a key factor,” explains Fork & Salad co-owner Travis Morrin. “We want people to have plenty to choose from, so there’s always something new to try. They can sit down and enjoy it here, or take their food on-the-go.”

The restaurant developed a mobile app for take-out orders, and has been training staff to build salads and menu items in three minutes or faster.

Co-owners Jaron Blosser, Travis Morrin and Cody Christopher have been working on the concept for several years, and built many parts of the restaurant themselves, as you can see in the video above, courtesy of Fork & Salad Maui. They also own Three’s Bar & Grill in Kīhei, which opened in 2010.

Fork & Salad also offers sandwiches, soups and a range of fresh juices, health shots and kombucha on tap. It will be serving beer and wine after receiving its liquor license.

The new restaurant will be open daily from 11 a.m. to 9 p.m. at Azeka Mauka shopping center, in part of the former Stella Blues building. 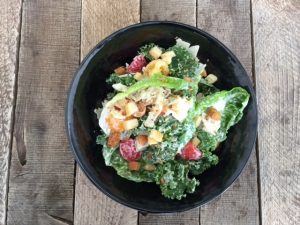 Fork & Salad is partnering with around 25 different local farms and suppliers to source its menu. See an example of their connection to Maui farms in this video, “Kumu Farms: Straight from the Source.”

The restaurant is planning a special farmers’ market, blessing and beer garden at its Grand Opening celebration during Kīhei’s Fourth Friday on August 26. 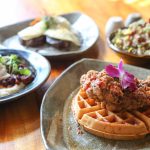 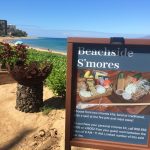