The Hāna Hwy (360) is now passable in the area of mile marker 14.5 (as of 5 a.m. on Tuesday, Nov. 22) following a landslide reported across the road at the location on Monday night. This was the second major landslide along the road to Hāna with the first forcing the closure of the road for about 4 hours when rocks, mud and debris came down near mile 8.5 earlier in the day. The road is still wet and motorists are asked to proceed with caution if they chose to travel in the area.

Hāna Hwy (360) near mile marker 14 in Hana is closed to traffic in both directions due to a landslide across the road. Emergency crews are on scene. State Highways is responding. Motorists expect delays. This is the second major landslide reported today. An earlier landslide near mile 8.5 forced the closure of the road at 1 p.m. for about 4 hours.

The Hāna Highway is now OPEN in both directions as of 5:21 p.m.  Maui police tell us that the landslide in the Haʻikū area has since been cleared.  Motorists are advised to drive with caution as the road is open, but the remains wet.  Please drive with caution.

The Hāna Highway near mile marker 8.5 in Haʻikū is closed to traffic in both directions due to a landslide across the road.

Emergency crews are on scene. 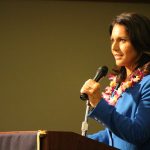 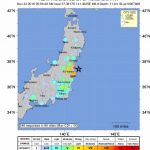 No Tsunami Expected in Hawaiʻi After Large Japan Quake