Makawao firefighters extinguished five fires that were deemed suspicious in nature on Christmas Eve, Dec. 24, in the park below the Mayor Hanibal Tavares Community Center and Upcountry swimming pool.

Firefighters first responded to a rubbish bin fire below the tennis court area near the swimming pool at 1:08 a.m. early Saturday morning. When crews arrived on scene they found a plastic combination receptacle for trash and recyclables on fire. The fire was extinguished at 1:24 a.m.

Makawao firefighters responded again to the same area of the park at 3:17 a.m., and found a plastic park bench on fire. That fire was extinguished at 3:33 a.m.

Having had a similar fire in the same area just a few hours before made the second fire very suspicious. Crews were not able to determine the cause.

Firefighters from Makawao were called to the Pukalani park for a third time at 11:19 p.m. Saturday night after area residents reported seeing possibly two separate fires below the swimming pool. When firefighters arrived they found three separate fires at different locations within the park. Three plastic combination trash/recycle bins were set on fire. Firefighters extinguished the last fire at 11:40 p.m.

Damages to the four trash receptacles and park bench made from recycled plastic were estimated at around $2,500.

The cause of all five fires are considered suspicious and remains under investigation. 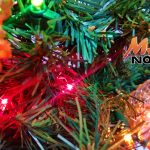 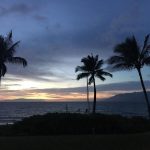 Northeast Winds up to 25 mph Today