Maui Business Brainstormers hosted a special dinner event on Saturday, Jan. 21, in celebration of its five-year anniversary as an organization serving the Maui business community.

One hundred members attended the free event, which was held at King Kamehameha Golf Club to thank them for their participation in forming a supportive, active business forum on Maui.

After a networking exercise, members enjoyed a bountiful buffet in the grand ballroom. Dinner was accompanied by the sounds of Richard Tom and Mele Fong— The Hawaiian Serenaders—and Michael Elam of Soul Kitchen Maui.

Coleen d’Avignon of Wailuku was impressed with the organization of the event, remarking that “no other organization I know provides such service for their members. Joining MBB is one of the best moves I have made.”

After dinner, the organizers reviewed highlights from the past and present of MBB and discussed plans for the future. This segment included brief but powerful “talk story” by six current members of MBB, who emphasized the value of building a local network and the ways that the support provided by MBB has influenced their businesses and helped each of them develop skills critical to success.

Other members of the audience wanted to contribute their stories, too, standing spontaneously to talk about why they attend MBB “Business in the Think Tank” sessions and how the MBB network across Maui has helped support their business efforts.

Tanja Miller, a relatively new member, said she was “so impressed with the talent in this room, and with the caliber of information available at every meeting. I learn something that has helped me every time I attend an MBB event.”

The evening continued with more networking activities, followed by a sing-along led by Elam. Members danced and sang until the event concluded with a joint rendition of Hawaii Aloha led by Fong.

Organizer Solay was thrilled with the turnout and the enthusiastic participation by the attendees, remarking that “the energy of the evening was uplifting and synergistic, and will carry us through 2017 together to even more growth in the sense of community across Maui entrepreneurs!”

Since 2012, MBB has been creating a landscape of opportunity for Maui individual, micro-business and small businesses. MBB is a nonprofit volunteer organization, building its reputation by providing business educational events and opportunities at no cost and with no sales pitches. Speakers donate their time and knowledge freely and attendees have recognized the educational value and integrity of the MBB events.

This year, Maui’s first-ever National Entrepreneurship Week is scheduled for Feb, 18 to 25.

Other upcoming MBB events for 2017 include the 5th Annual Masters of Retail Success scheduled for April 2017. MBB is also in the early stages of working toward a business-oriented independent TV station for Maui viewers. Additionally, MBB will continue running its regularly scheduled “Business in the Think Tank” program at locations across Maui.

MBB is also in the early stages of working toward a business-oriented independent TV station for Maui viewers. Additionally, MBB will continue running its regularly scheduled “Business in the Think Tank” program at locations across Maui.

Additionally, MBB will continue running its regularly scheduled “Business in the Think Tank” program at locations across Maui.

Membership in the organization is free, by signing up online. This site also lists the next regularly scheduled “Business in the Think Tank” meetings at each Maui location. Everyone is welcome. 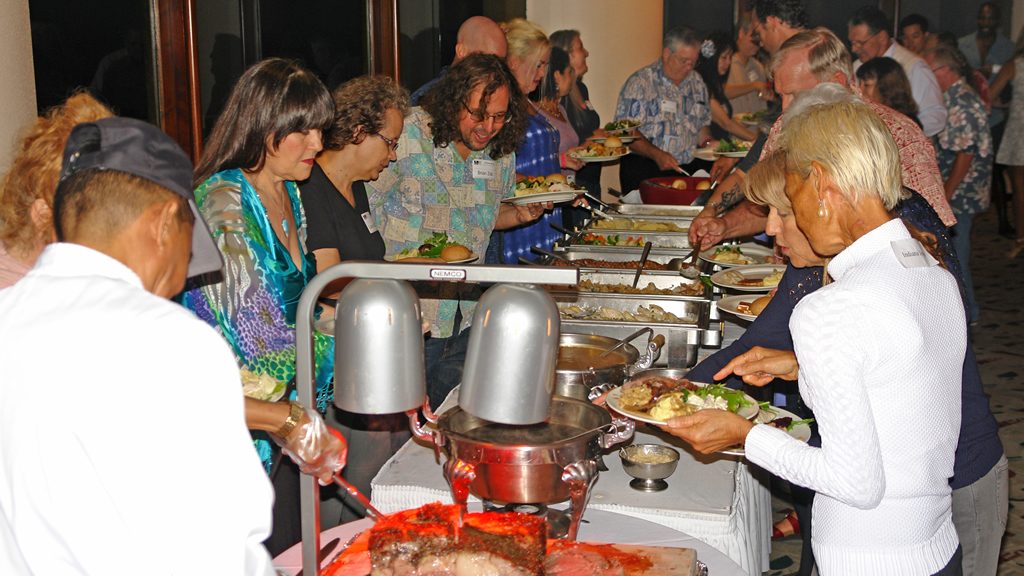 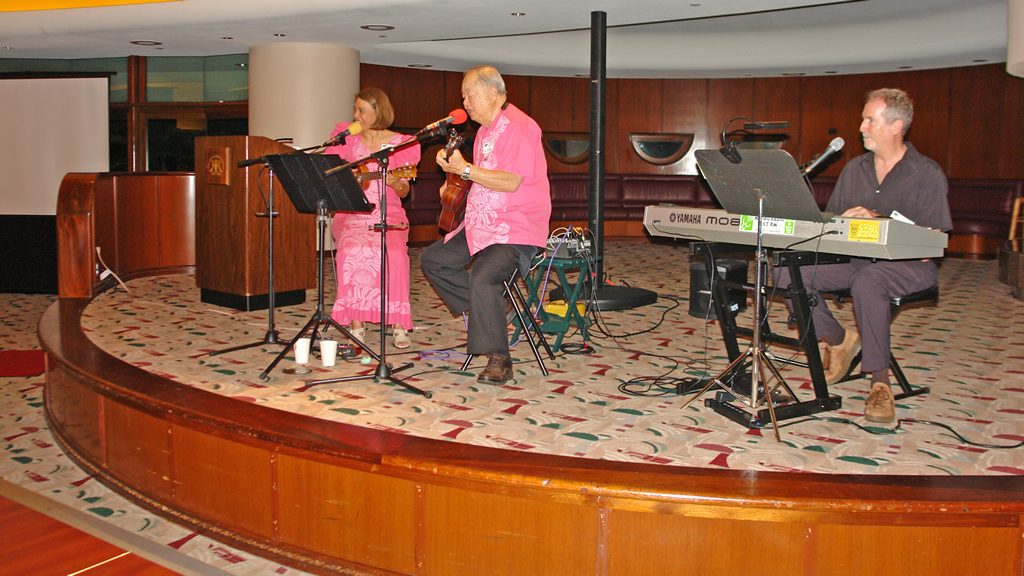 The Hawaiian Serenaders, Richard Tom and Mele Fong, along with Michael Elam, perform at the MBB five-year party on Jan 21, 2017. MBB photo. 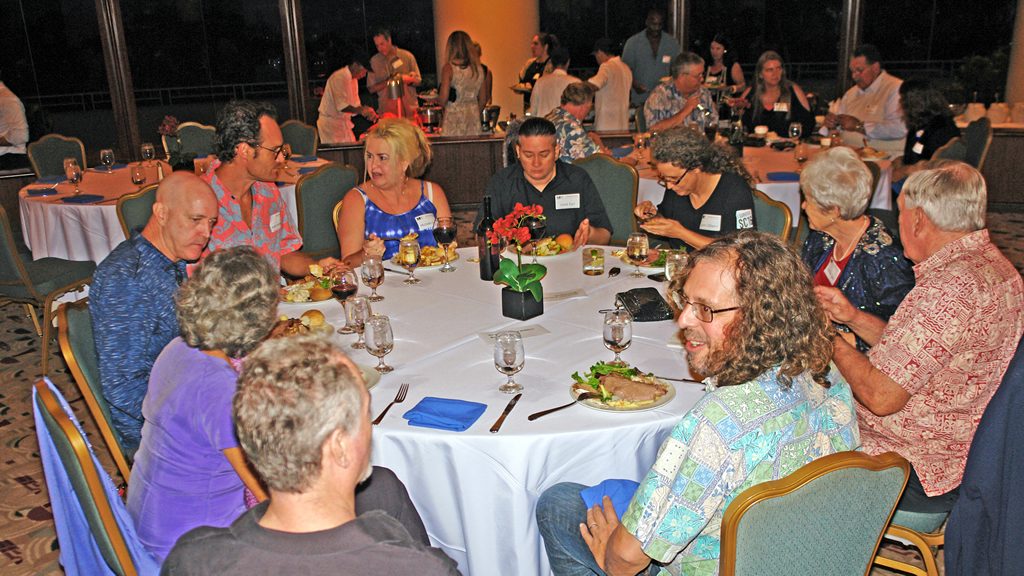 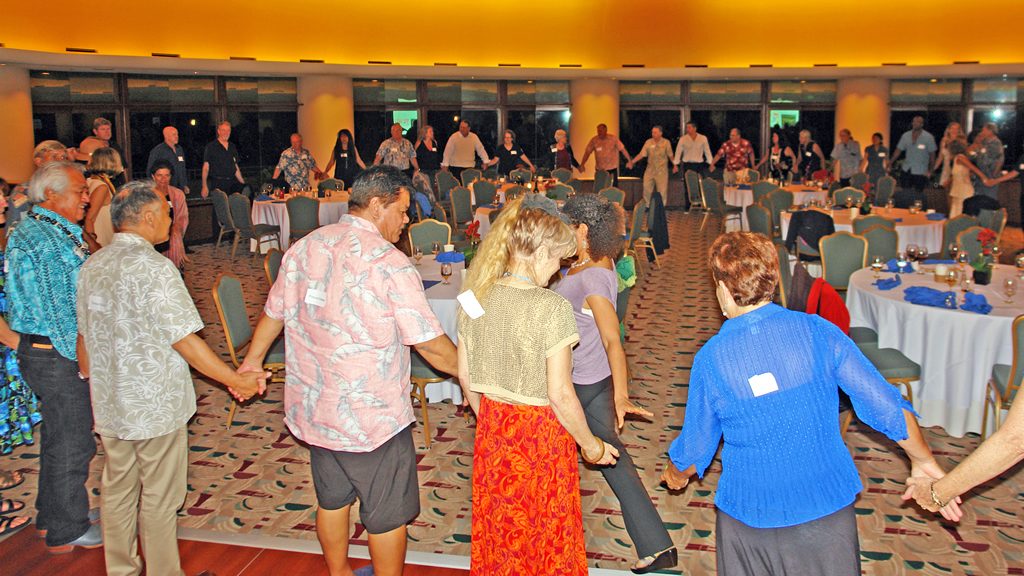 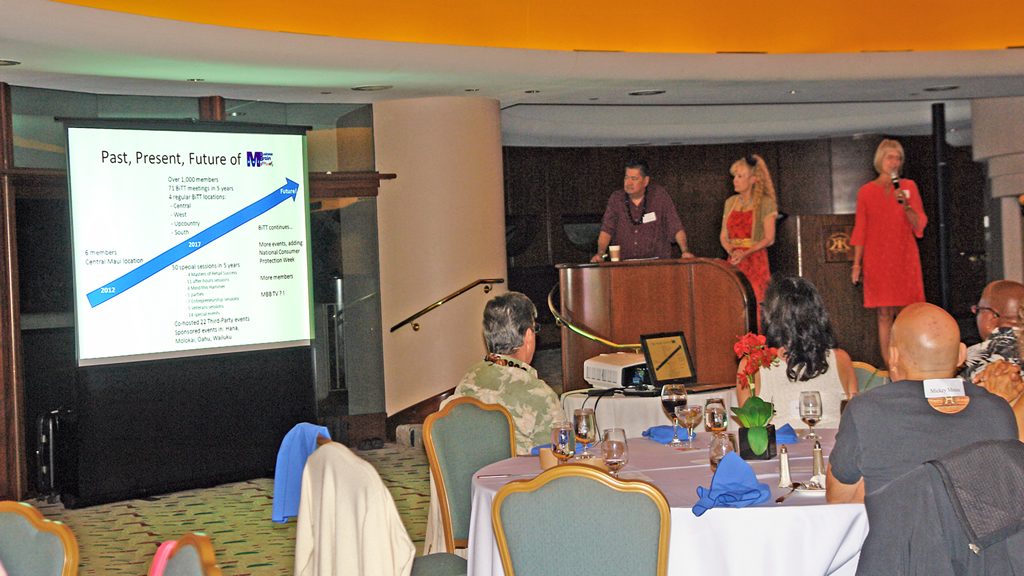 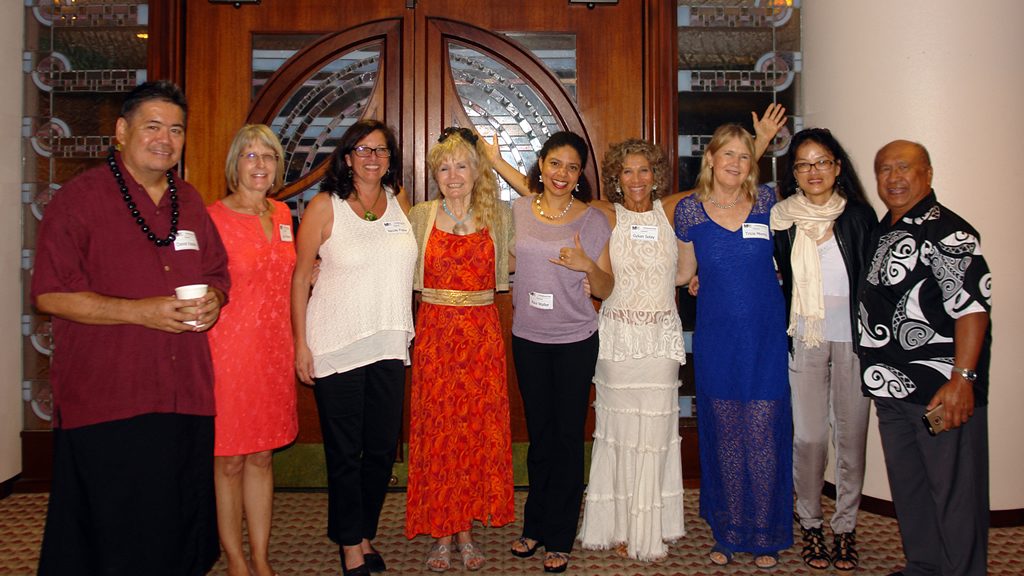 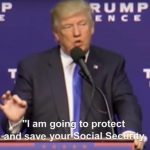 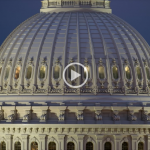