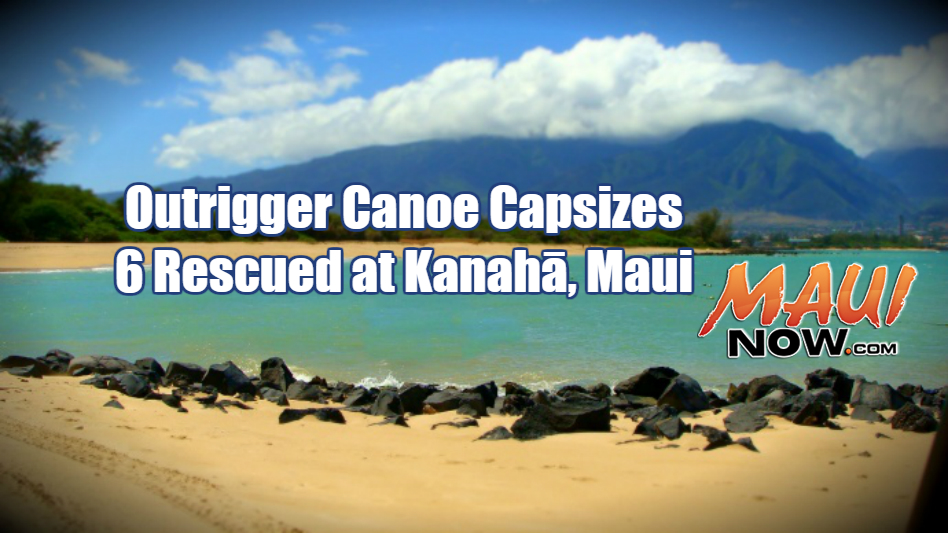 Six paddlers were rescued after the outrigger canoe they were in capsized during a downwind run from Maliko Bay to Kahului Harbor on Saturday afternoon.

Rescue crews were called to search for the missing paddlers after the canoe was found adrift with no one aboard about a mile off Kanahā Beach Park at around 2 p.m. on Saturday, April 1, 2017.

The discover was made individuals aboard a passing boat.

Ocean safety lifeguards used watercraft to search for the missing paddlers. The Maui Fire Department’s Air 1 helicopter with a rescue crew aboard was also dispatched and eventually spotted the six people downwind from where the capsized canoe was found.

By 2:40 p.m., four adult men, and two adult women had been transported to shore at Kanahā Beach Park by and Air 1.

Maui Fire Services Chief Edward Taomoto said the canoe paddlers had launched their canoe from Maliko Bay and were making a downwind run to Kahului Harbor when they were hit by a large wave and overturned. A 69-year-old man from Kīhei was injured in the mishap and was taken to Maui Memorial Medical Center in stable condition. The other five paddlers were not injured.

Firefighters from Pāʻia and Kahului, as well as ocean safety lifeguards from Kanahā Beach Park and Baldwin Park responded to the incident. 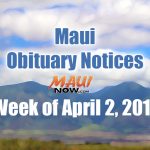 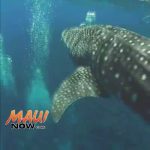