Trilogy Excursions announced it has outfitted all six of its sailing catamarans with sunscreen that is free of reef damaging chemicals. 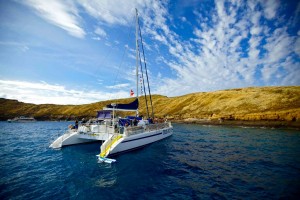 After significant research by Conservation and Education Director Magen Schifiliti and Trilogy’s Executive Council, the company has chosen to provide Hawai‘i and Florida-based Hawaiian Sol sunscreen on its tours.

Trilogy previously used a brand that was deemed “reef safe” but as research progressed on the topic it was determined that certain chemicals, even in low concentration, have a detrimental impact to reefs. According to the Environmental Working Group, a nonprofit research organization that rates products based on toxicity to humans and the environment, the harmful chemicals that have been found to damage reefs are the following: oxybenzone, avobenzone, octisalate, octocrylene, homosalate and octinoxate.

Most of the sunscreen on the market today contains a combination of two to six of these ingredients. When the chemical Oxybenzone is in the water column, it disrupts the lifecycle of young corals causing DNA damage and death.

With thousands of visitors to Hawai‘i’s coral reef systems daily, the concentration of coral damaging chemicals is high. This in combination with an inevitable future coral bleaching event caused by an El Niño year has the potential to be as lethal to Hawaiian coral reef systems as the events recently seen in the Great Barrier Reef.

Trilogy has been a leader of sustainability and environmental initiatives which includes being the first boat tour company to refrain from dumping waste in the ocean, establishing day-use mooring systems that protect reefs from anchor damage, and eliminating single-use plastics.

Trilogy says that educating its guests on reef health and best practices is also part of their commitment towards sustainable tourism. The company first banned the use of spray on sunscreens on all tours in 2010. Spray sunscreens are highly discouraged because of the potential of lung damage when inhaled as well as the percentage that never makes it onto the user’s skin because it partly evaporates into the air and subsequently falls into the ocean.

Before a reef-safe sunscreen was available, Trilogy began producing SPF rash guards as a sustainable alternative to sunscreen. Schifiliti advised Trilogy’s Executive Council that the company should look to bringing a mineral based sunscreen on board its tours.

The EWG suggests to avoid sunscreen altogether by utilizing SPF clothing, staying in the shade, and planning activities around peak UV exposure times. If a person absolutely must use sunscreen, the EWG recommends finding products that are mineral based. Minerals such as zinc oxide and titanium dioxide are highlighted by the organization because they provide strong sun protection with few health concerns, and they don’t break down in the sun. Zinc oxide offers better protection from UVA rays than Titanium dioxide however it’s better than most other active ingredients.

“It’s important that we educate our guests about the differences between chemical and mineral sunscreens,” says Schifiliti. “Ideally we would avoid the use of sunscreen however this is not realistic for guests visiting from places where they are not exposed to sun. We recommend a combination of an SPF rash guard and a small amount of sunscreen.”

Trilogy chose to supply it boats with Hawaiian Sol because it is mineral based and FDA approved. Hawaiian Sol’s team of professionals have been dedicated to providing 100% natural sunscreen products that are biodegradable and safe for the marine eco-systems. Before committing to the brand, Trilogy’s Captains and Crew tested a handful of products and concluded that Hawaiian Sol had, “the best smell and consistency, and a little goes a long way”.

“We are excited to provide sunscreen that is both safe for our guests and coral reefs” said Riley Coon, Trilogy’s Director of Operations, “By providing this amenity, we hope to educate our guests so they are inspired to make sustainable choices that minimize their impact on the environment” 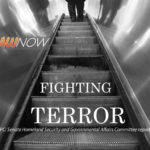 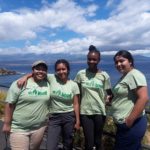