A demonstration is planned tonight along a convoy route, which is transporting large loads to the Daniel K Inouye Solar Telescope atop Haleakalā. 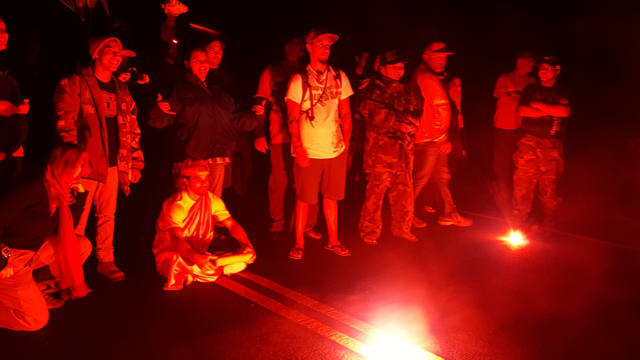 The group Kākoʻo Haleakalā is protesting ongoing construction atop the mountain, which they consider sacred. The demonstration begins at 6 p.m. fronting King Kekaulike High School.

An organization meeting to plan the demonstration was held last night at the University of Hawaiʻi Maui College.  (Click here for video).

Organizers advised participants that if they are thinking they might get arrested, to make sure they have bail money, as there is no fund to assist with posting bail for members.

Similar convoys were met with protests and more than 25 arrests in 2015 due to issues surrounding development atop Hawaiʻi’s highest mountains. 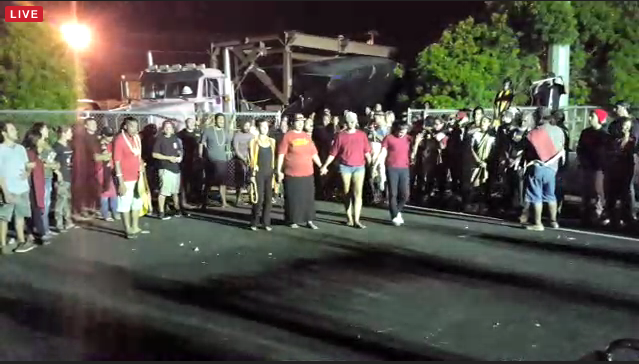 The earlier protests were held at the Puʻunēnē baseyard, but Kahele Dukelow, one of the speakers at last night’s organizational event, said it was unclear where tonight’s convoy would originate, resulting in the selection of the Upcountry site as a demonstration site instead.

In October of 2016, the Hawaiʻi Supreme Court issued an opinion that supported continued construction.

Today’s convoy is scheduled to begin at 10 p.m. and conclude by 2 p.m. tomorrow, and will result in the closure of Crater Road and Haleakalā National Park’s summit road for 16 hours.

The summit will not be accessible for Wednesday sunrise viewing on Aug. 2.  Although the park road to the summit will re-open at 2 p.m. on Wednesday, the Haleakalā Visitor Center (at 9740 feet of elevation), will remain closed all day.

The $340 million Daniel K. Inouye Solar Telescope or DKIST Project is located outside of park boundaries. Researchers say studies at the facility could provide clues on the origin and development of solar storms that can affect life on earth.

The convoy’s travel through the park is being allowed via Special Use Permit. The convoy will transport an extremely wide load and travel at 2 to 5 mph. The road precautions are in place due to the size of the convoy and narrowness of the roads. The convoy will include semi-truck trailers and various support vehicles.

Back country permits will be given out at Headquarters Visitor Center (at 7000 feet of elevation), from 2 p.m. to 3:45 p.m. on Wednesday; however, backpackers planning to hike into the crater on Wednesday are strongly urged to obtain their permits a day in advance. Visitors who paid an entrance fee on Monday, Tuesday, or Wednesday (July 31, August 1, August 2) will have a one-day extension on the usual three-day pass. The extension will apply to both the Kīpahulu and Summit Districts. 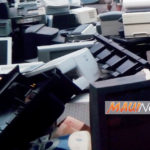