The 47th annual Maui Marathon is set for Sunday, Oct. 15, and includes a full marathon, the new inaugural four-person marathon relay, a half marathon, as well as 10K and 5K races. All events are scheduled for the morning of Oct. 15, 2017. 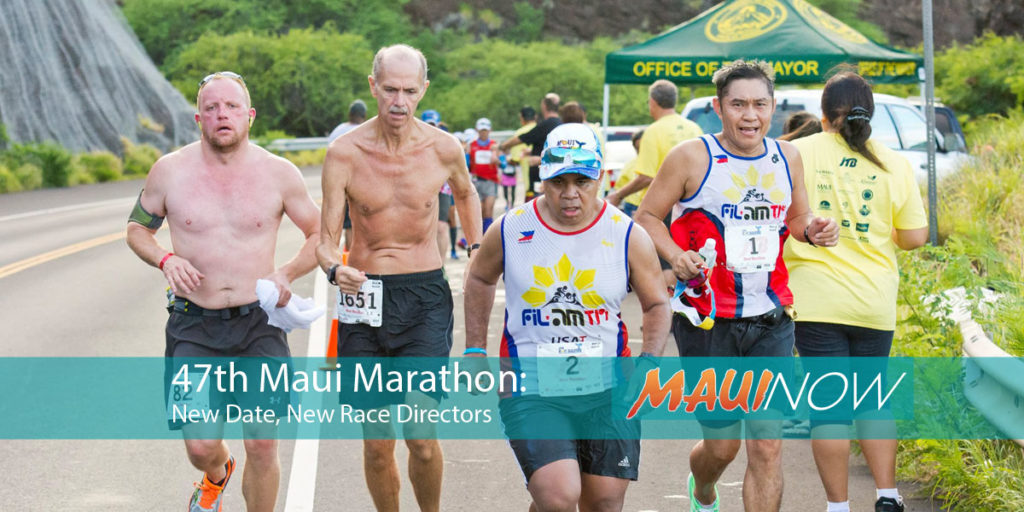 This year the race was moved from September to October for a few reasons. According to Lynch, “mid-September is very hot and marathon runners were miserable in the heat. Though still warm the sun won’t be as intense in October. Also, it distances our race from the Kauaʻi Marathon and the Hāna Relay, which were both held the two weekends prior to the Maui Marathon — and it still allows enough time for those participating in the Honolulu Marathon in December.”

Event organizers say runners are expected not only from the Hawaiian Islands, but Japan, the Mainland US, and other countries bringing a boost to tourism to Kāʻanapali during a slower period on Maui.

The marathon and inaugural four-person marathon relay start at Hoʻokele Street close to the Hāna Highway at 5 a.m. The half marathon starts at 6 a.m., the 10k at 6:15 a.m., and 5k at 6:30 a.m., all starting at the marathon finish line in front of the Kāʻanapali Beach Hotel.

Lynch said, “Jon and I decided to consolidate all the events into one day which causes less congestion for the Kāʻanapali Beach Resorts, Whalers Village, and the local residents. Since the Maui Marathon is owned by the Valley Isle Road Runners and is a non-profit event, combining the races to one day reduces the expenses to put on a race of this size which is becoming more costly each year.”

The Maui Marathon is one of the three oldest marathons west of the Mississippi and is a certified Boston qualifier course. Competitor.com listed the Maui Marathon as one of the 25 must-do American marathons in 2017 specifically because the race was moved a month later, according to race organizers.

Emerson and Lynch have a goal to keep this race more of a fun destination event as opposed to a competitive event. Lynch said, “There is a race distance for everyone in the family who enjoys running or walking. Best of all, the entire family can experience a memorable vacation on Maui enjoying all our island has to offer and go home with much aloha.”

Lynch said, “We have a great team of individuals from the community who are working to put on this year’s event. We are extremely appreciative of the warmth, acceptance and support of the sponsors, Kāʻanapali Resorts, Kāʻanapali community, Mayor’s Office, Maui Police Department, volunteers and vendors. They all have opened their door for us, and welcome the continued success of the Maui Marathon, and what it represents to Kāʻanapali and the island of Maui.”

Registration is currently open for all events on the Maui Marathon website. 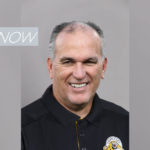 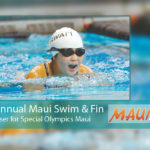