A group of Maui Red Cross volunteers will be installing free smoke alarms across Maui County in homes in need as part of the Red Cross Home Fire Campaign. 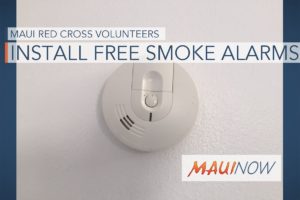 The Red Cross says that every eight minutes the Red Cross responds to a disaster- and the vast majority are home fires. “Home fires can be a deadly threat because they happen so quickly,” said Michele Liberty, Maui Red Cross Director. “We are urging Maui residents to ensure that they have working smoke alarms in their homes.”

Officials with the Red Cross said in the US alone, home fires kill more people each year than all other natural disasters combined.

Smoke alarm installations are by appointment only. To make an appointment, call and leave a message at the Maui Red Cross office at 808-244-0051.

Working with fire departments and community groups across the entire country, the American Red Cross installs smoke alarms in homes in neighborhoods at high risk for home fires. In the last two years, more than half a million smoke alarms have been installed as part of the Home Fire Campaign.

The American Red Cross asks every household in the US to take some simple steps that can help prevent home fires and save lives.

Working smoke alarms cut the risk of dying in a home fire in half:

People may only have two minutes to escape when a fire occurs. The Red Cross recommends that households develop a fire escape plan and practice it at least twice a year. Everyone should know two ways to escape from every room and designate a safe place to meet outside the home in case of a fire. Discuss the plan with all household members and practice it until everyone – including children – can escape in less than two minutes.

The Red Cross Emergency App includes content on how to prevent home fires and what to do if one occurs. Parents can download the Monster Guard App to help their children learn what to do and how to protect themselves. Both apps can be downloaded for free in app stores or by clicking here. 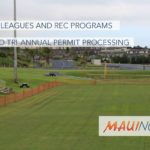 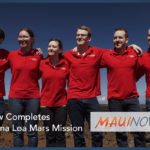