NOAA Infrared loop of Hurricane Maria passing St. Croix, Vieques, and landfalling on Puerto Rico on the morning of Sept. 20.

Earlier today, the National Weather Service in San Juan Puerto Rico advised everyone living near the Guajataca River in the northwest part of the country to evacuate immediately because of an “imminent dam break.”

About 70,000 people in the municipalities of Isabela and Quebradillas were being evacuated by bus after a crack appeared in the nearly 90-year old Guajataca dam.

The NWS issued a flash-flood notice for the two towns, which are about six miles apart.
The US Geological Survey said the dam was constructed to create a lake that provides drinking water to residents of the area.
Many parts of the island are flooded because of Hurricane Maria, which struck earlier this week.
More than 3 million people don’t have electricity, according to CNN. 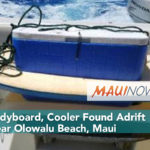 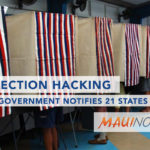