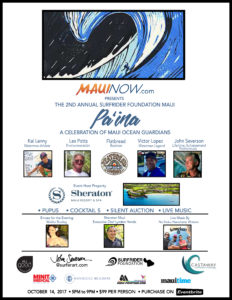 Surfrider Maui invites the public to celebrate its 2nd Annual Pa‘ina 2017, a Celebration of Maui Ocean Guardians, on Saturday, Oct. 14, beginning at 5 p.m.

Surfrider Foundation is a nonprofit, environmental organization dedicated to protecting our ocean, waves and beaches.

The pa‘ina will honor Maui businesses, environmentalists, athletes, legends and groups that support the mission of Surfrider.

Surfrider Maui is honored to announce that Maui Now will be the presenting sponsor for its pa‘ina along with host property sponsor Sheraton Maui Resort & Spa.

The event will include a silent auction, awards ceremony and musical performance by KANEKOA.

Sheraton Executive Chef Lyndon Honda and his culinary team will serve an array of locally inspired pūpū and drinks.

The Sheraton is offering a kama‘āina rate of $160 per night on Friday and Saturday, Oct. 13 and 14. Book your Sheraton Surfrider Special room at here. Tickets are $99 per person at 10/14 Surfrider Maui Eventbrite.

Business – Flatbread Pizza Paia, through their benefit nights, has supported nonprofits on Maui—too many to list— since they opened their doors in Pā‘ia in 2006.

Environmentalist – Les Potts has been a driving force in keeping Honulua Bay and the surrounding seven miles clean. In addition to picking up litter, he, along with other volunteers, removes abandoned vehicles and other large items. Les first came to the islands in 1964 and moved to Maui in 1967 after being discharged from the Army.

Waterman/Athlete – Kai Lenny is an ultra-talented surfer, windsurfer, kitesurfer, six-time world stand-up paddle champion and pioneer of foiling. Kai recently won the WSL Puerto Escondido Challenge at end of July, and in May, completed his Downwind Voyage for Change—a statewide coastal cleanup initiative to bring awareness to plastic pollution in the Hawaiian Islands. Local community members and organizations such as Sustainable Coastlines Hawaii, Surfrider Foundation and the Hawaii Wildlife Fund conduct the cleanups. Check out his new Paradigm Lost: A Film by Kai Lenny and Johnny DeCesare.

Waterman/Legend – Victor Lopez An all-round waterman and pioneer of tow-in surfing at Peahi, Victor learned to surf in Waikiki with his older brother Jerry Lopez, aka Mr. Pipeline. Victor is still charging Peahi and is an ocean guardian in the lineup at Peahi. Years back, Victor’s neighbor was John Severson, founder Surfer Magazine.

Lifetime Achievement Award – John Severson The artist, filmmaker and founder of Surfer Magazine, died on Maui on May 26, 2017, after an accelerated battle with a rare form of leukemia. Louise, his wife and lifelong companion, wrote: “John died here in Napili in the house he loved, at the surf spot he loved. It was a beautiful sunny morning and four of his girls were around him.” In the 1950s, he became the first person to create a large body of art relating to the Hawai‘i-California surf culture. Since then, he provided a steady output of oil paintings, watercolors, drawings and prints. In 1958, John used his art, photography, and surfing passion to create a popular surf movie series. His films included Surf Safari, Surf Fever, Big Wednesday and Pacific Vibrations. Read more about John online.

About Surfrider Foundation Maui Chapter
Surfrider Foundation Maui Chapter is an efficient operation, composed entirely of volunteers. The nonprofit has 3,000 Facebook followers; 2,000 of them receive Surfrider’s monthly newsletters. Surfrider has over 100 card-carrying members. The core of the Surfrider team is its volunteer executive board, who meet once a month to drive its programs: Blue Water Task Force, Ban the Foam/Polystyrene Ban, Chemical Free Sunscreen/Oxybenzone Ban, Rise Above Plastics, Protect Special Places and Ocean-Friendly Gardens. 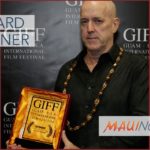 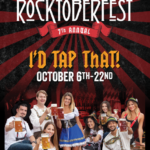